A Dying Dialect of the Italian Language 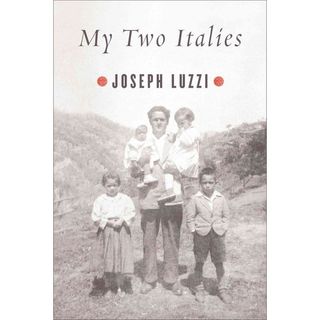 Growing up, I could feel the language of my parents wither and die like autumn leaves. They had immigrated to the United States from Calabria in the late 1950s and continued to speak the dialect of their poor southern Italian region, but it was a tongue frozen in time by exile and filled with words that no longer existed in their homeland.

My father’s dialect flourished only in fits of anger: “mala nuova ti vo’ venire” (“may a new harm befall you”), when you annoyed him; “ti vo’ pigliare ’na shcuppettata” (“may you be shot”) and “ti vo’ brusciare l’erba” (“may the ground beneath you combust”) when you really got under his skin. It’s difficult to translate these makeshift phrases. Better just to imagine them uttered by a man who could pick up a small backyard shed.

One year the local paper took a photo of my father and his prizewinning, five-foot-long gourds. Sensing he was on display, he stayed silent for the whole shoot. He didn’t understand how feeding your family could translate into a human-interest story. But make no mistake: he was proud to have created such a prodigious vegetable, and he made sure the part in his hair was just so when the picture was snapped.

My father struggled to explain to the photographer how he grew his vegetables. He had only Calabrian words for the plants, procedures and tools. He had translated or “carried over” both a family and a dialect. After all this, he believed it was his right to talk about his squash on his own terms.

Around the time of the photo, he poured a cement base for a picnic table near his garden. Before it dried, he signed it with a branch: P.L. Nato Acri 1923. Pasquale Luzzi, born in Acri, Italy, 1923. He died just months later, at the end of summer in 1995. In the obituary, my father’s passion for gardening was listed as his “hobby,” a word that didn’t exist in his Calabrian.

After his death, I would hear my father’s voice but didn’t know how to respond. When I imagined myself speaking to him in English, it sounded pedantic and prissy. Answering in Italian was no less stilted, either when I tried to revive my Calabrian or when I used the textbook grammar that was unnatural to both of us.

I had so much to tell him but no way to say it, a reflection of our relationship during his lifetime. Without his words, I was losing a way to describe the world. Memories suddenly mattered more than ever before, and I didn’t know if I could find the language to keep them alive.

Dante wrote in his treatise on language that though men and women must communicate with words, angels can talk to one another in silence. Speaking with someone who has died is similar. You learn early on that it is best to concentrate on the person you’ve lost with as little verbal clutter as possible.

Perhaps this Calabrian I now speak with my father is the truly dead dialect, the language that neither changes nor translates. When I think of him now, I see him digging in his garden, unearthing the ficuzza, Calabrian for his beloved fig tree, from its winter slumber and propping it up for the coming spring. But once I put a word to this picture, once this “ficuzza” becomes a “fico,” standard Italian for fig tree, he will have left me.

This is when mourning becomes memory, and when it’s time to say goodbye to a language and a person I knew all too briefly.

I thank Joseph Luzzi, a professor of Italian at Bard College, for sharing this excerpt from his luminous memoir, My Two Italies.

Dianne Hales is the author of MONA LISA: A Life Discovered and LA BELLA LINGUA: My Love Affair with Italian, the World's Most Enchanting Language. Click here for the latest post in her "Discovering Mona Lisa" blog.