Because of evacuation from the Sonoma fire zone and widespread power outages in California, I am unable to post an original article this week.  Instead I am sharing a post about my recent presentation of LA PASSIONE in Philadelphia.  Thank you, Gigi, for le belle parole.

First would be Bruce Springsteen; then Michelle Obama. But after those two, the person I would most like to be would be Dianne Hales.

Ms. Hales, a journalist who was originally a science writer, found her way to Italy thirty years ago, and fell in love. Returning year after year (sound familiar?), she has published three popular books on her subject, most recently La Passione: How Italy Seduced the World. 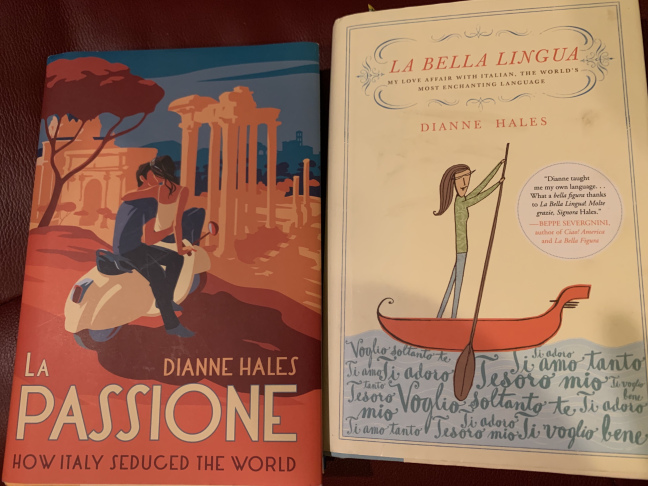 She writes with unabashed appreciation for all the things that make Italy so special: its food, art, opera, fashion, cinema, and handicrafts, the physical beauty and the warmth of its people.

Dianne is so over-the-top in her enthusiasm for the place (sound familiar?) that she was given an honorary knighthood by the Italian government. So I was delighted to see that she was speaking at the America-Italy Society as part of the annual Ciao Philadelphia festival, a month-long celebration of Italian culture that happens ever October. 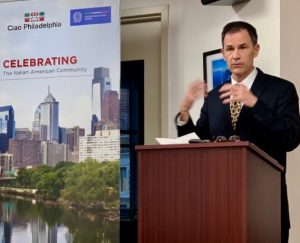 After an introduction by Pier Forlano, the Consul General of Italy in Philadelphia, who noted that Italy exceeded all the other countries of the world in its designated 55 UNESCO World Heritage sites, beating out Spain (48), Germany (46), France (45), and the U.S. (24), Ms. Hales gave a wonderful talk and slideshow highlighting all her favorite parts of Italian culture, as she describes them in the book. 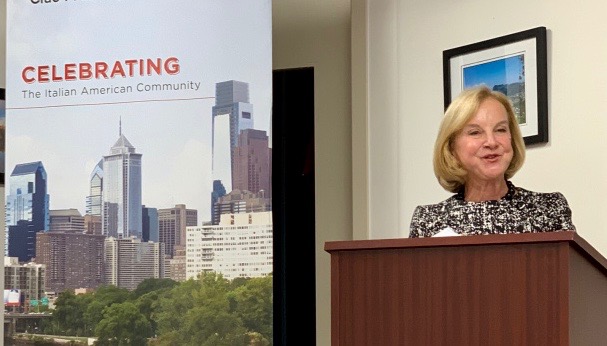 After the talk came the opportunity to buy her books and get them signed. Of course, I’d long ago bought and read them all, and had them stashed in my purse, feeling a little like the 8-year-old boy who brings his glove to the ballpark, hoping to catch a foul. But she was very gracious and lovely, and I managed to get through the encounter without blurting out “I want to be you!” Because really, how cool would that be? Exploring Italy for your work, being prominent enough to have entree to behind-the-scenes people and places that regular folks like us don’t have access to. To walk the streets on high alert, with eyes and ears wide open, so as not to miss a nuance of behavior or culture. 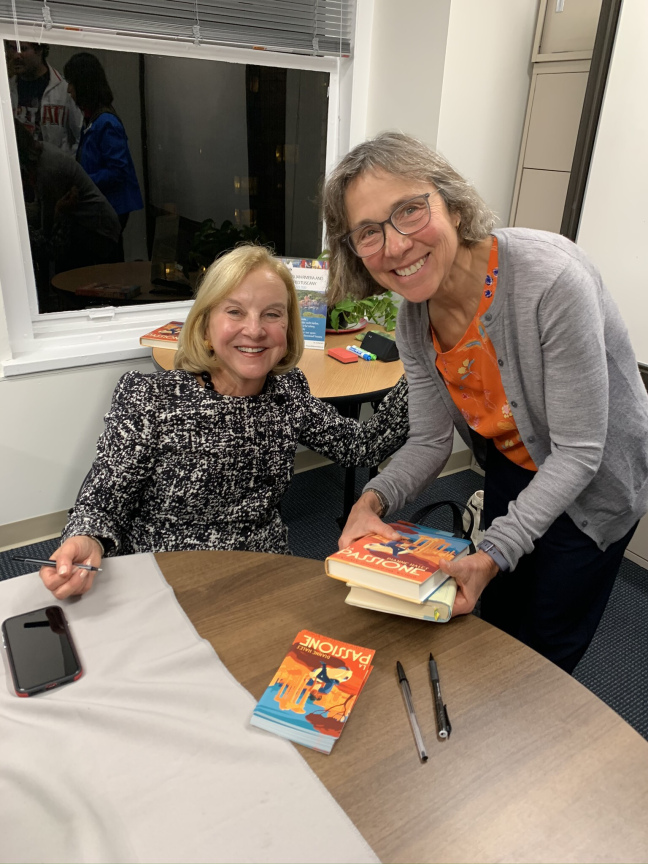 Truth be told, that’s what this blog has meant to me, although it is not read by thousands nor will it earn me an honorary knighthood. It forces me out of my skin to look and reflect and interpret, to be mindful and not just sleepwalk my way through experiences. It inspires me to get off my butt and into Philly for the Columbus Day parade, or Brooklyn for the Giglio festival, or  in a few weeks, to Puglia to be a volunteer olive harvester.

That’s more than enough reward for me.

Gigi Simeone is a health sciences and prelaw advisor at Swathmore College. Click here to follow her “Gigi’s Italia” blog.