A Modern Parable in the Italian Language

I don’t know the origin of this tale, which has been circulating on the Italian internet, but its message translates into any language. 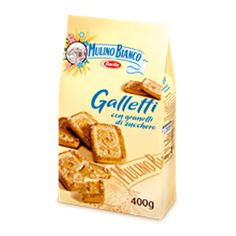 A young woman was waiting for her flight in a big airport (un grande aeroporto). Since she would have to wait for several hours, she bought a book to kill time (ammazzare il tempo). While in the shop, she also bought a packet of cookies.

Looking for a more tranquil place (un posto più tranquillo) to sit, she slipped into a first-class lounge (una sala VIP). There was a seat (una sedia) next to her with the cookies and on the other side, a gentleman who was reading the newspaper (un signore che stava leggendo il giornale). When she took the first cookie, the man also took one. Although she felt indignant (indignata), the girl said nothing and continued to read her book.

“If only I had a little more courage” (Se solo avessi un po' più di coraggio),” she said to herself, “I would have given him a punch” (gli avrei dato un pugno). Every time that she took a cookie, the man next to her, without a word, also took one for himself. They continued in this fashion until only one cookie was left. The young woman thought, “I want to see what he says to me when they are all gone” (finiti tutti).

The man took the last cookie and divided it in half (lo divise a metà)!  “This is too much!” (Questo è troppo!), she thought. Picking up her book and her purse, she stomped toward the exit of the waiting room (l'uscita della sala d'attesa). When she felt a bit calmer, the girl took a seat along the corridor. After reading for a while, she closed her book and leaned over to put it away. When she opened her purse (la sua borsa), she saw the packet of cookies, still completely intact (ancora tutto intero) inside.

She felt so ashamed (sentiva tanta vergogna)! The packet of cookies identical to hers must have belonged to the man seated alongside her (accanto a lei). He had shared his cookies with her without any sign of being indignant, nervous or superior (indignato, nervoso o superiore). On the contrary (al contrario) she was the one who had felt wounded pride (ferita nell'orgoglio).

La morale (The Moral): How many times in our lives have we eaten someone else’s cookies –- or made use of something that belonged to another– with knowing it (senza saperlo)? Before arriving at a hasty conclusion (prima di arrivare ad una conclusione affrettata) and before thinking badly of another person (prima di pensare male della delle persone), look closely at things: Very often they are not what they seem! (Molto spesso non sono come sembrano!)

Keep in mind some things that can never be recovered:

*A word after it's been spoken (una parola dopo averla detta)

*An opportunity after it’s been lost (un'opportunità dopo averla persa)

*Love for those who do not fight for it (l’amore per chi non lotta).

La Voce di New York  is an online independent newspaper that disseminates articles about all aspects of Italian life and culture. For four years, La Voce has been reporting in English and Italian on "everything of interest to expats and the Italian community, especially in New York." After growing steadily, La Voce is gearing up to become a global online media source for the 80 million people of Italian descent and the countless numbers of Italo-philes around the world. The news organization plans to strengthen and expand its number of authors, tell new stories, translate more content and build a new sustainable model.
This valuable resource needs your support. Click below to learn more about La Voce and how you can contribute to its Kickstarter campaign.  Even a $10 contribution can make a difference!
← Walking Venice in the Italian Language Saving the Church of the Patron Saint of Joy →
FOLLOW BY RSS