A Passion for Sicily 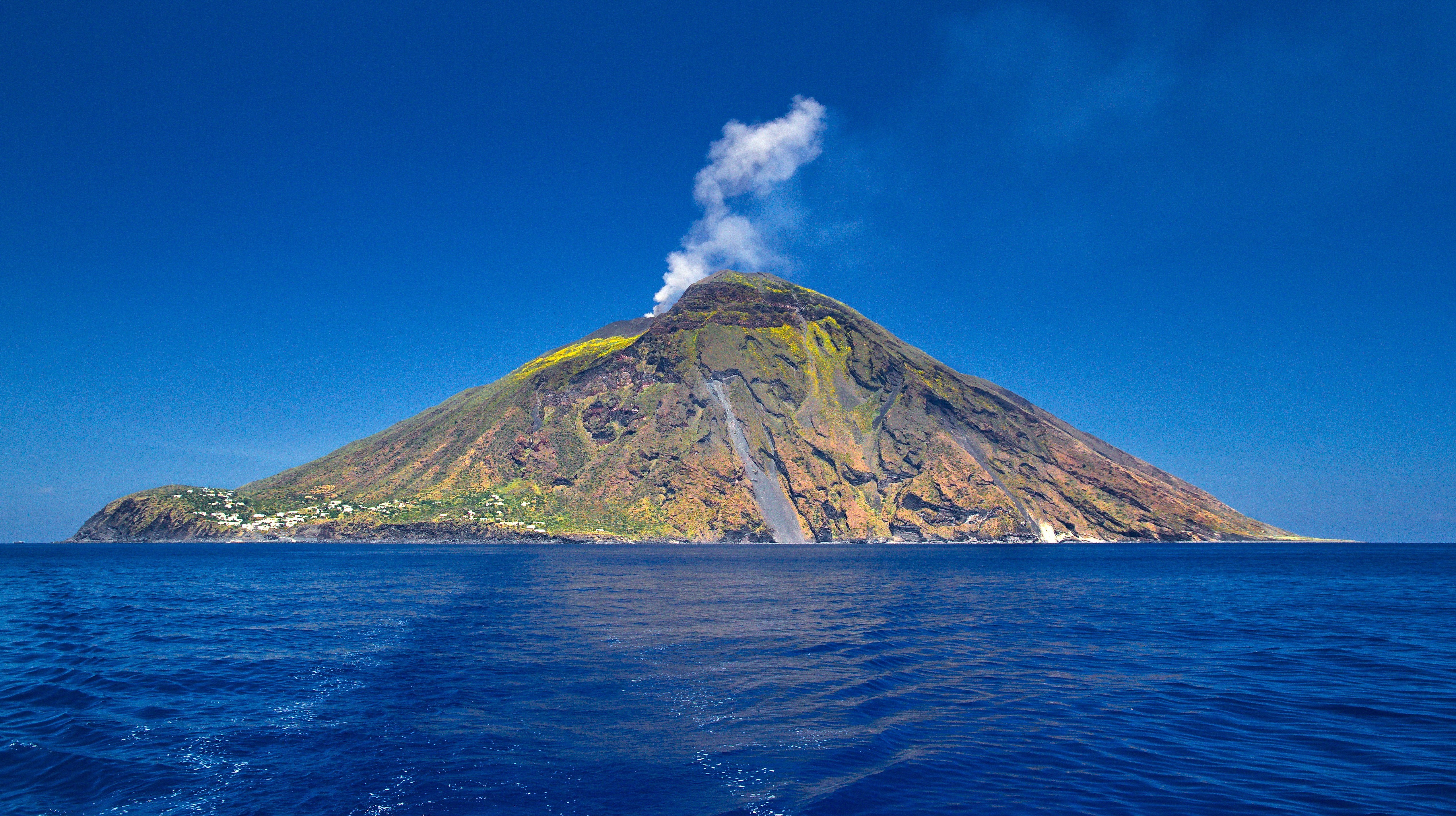 “Stai attenta!” (Be careful!), Captain Tonino shouts as I dive into the Tyrrhenian Sea off Sicily’s northeastern tip. I ignore his warning. The Aeolian islands, ancient playground of the gods, shimmer as irresistibly now as in times long past. Above me Stromboli, the black-coned volcano locals call Iddu, or “Him,” puffs smoke into the sky. With each exhalation, pebbles skitter down its sides. Aeolus, god of wind, ripples the water’s surface with the gentlest of breezes.

I swim into a grotto carved in the volcano’s side and enter a deep pool. Droplets of moisture splash gently from the craggy ceiling. Sailors call them le lacrime delle sirene, the tears of the mermaids who once tried to lure Ulysses’s men toward these perilous rocks. I follow their trail farther into the cavern.

Suddenly the first lash strikes, then a second burns across my thigh. A large medusa, the jellyfish named for the snake-haired goddess, tightens a tentacle around my waist. I struggle against its grip, but every kick intensifies the pain. Finally breaking free, I escape into the open sea. The stinging subsides within days, but the welts remain livid for weeks, a silent rebuke for incurring the wrath of the gods.

My husband the doctor, anointing my wounds with a soothing lotion, arches an eyebrow when I offer my fanciful explanation of what happened. I counter with a quote from Goethe: “If they were great enough to create these myths, we should be great enough to believe them.”

Scoured by thousands of years of wind, water, and volcanic fire, the island is a geographic aphrodisiac of colors, shapes, and textures. Some 620 miles of coastline curve, bend, jut, rise, twist, and stretch into salt flats that change color in the setting sun. Tawny wheat fields spill into sweet-scented groves of almonds, oranges, and lemons. Sunbaked hills stretch toward craggy mountains. Towering above looms Mount Etna, its peak as barren as a moonscape. Time takes on new meaning here, as if three centuries of history crystallize in a single moment. 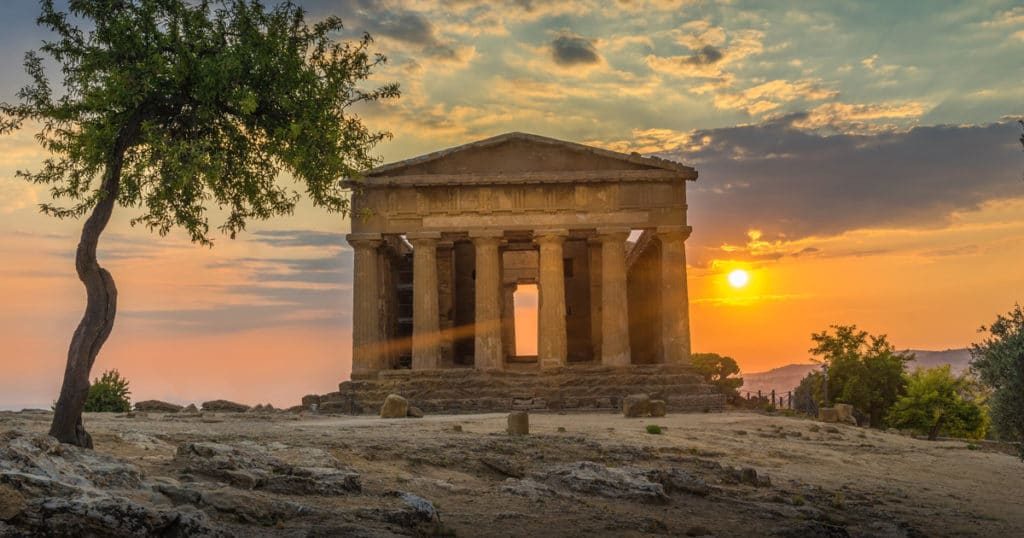 In Agrigento’s Valley of the Temples, I stroll among stately columns and mammoth altars with Lorenzo Capraro, a local guide who grew up playing among these ruins. The first citizens, he tells me, cherished one deity above all others: the earth mother Demeter, goddess of all that grows.

Demeter doted on her daughter Persephone, whose loveliness captivated Hades, the god of the underworld. One day he lured the girl near with blooms of rare beauty, then snatched her into his subterranean realm. When Demeter learned of Persephone’s abduction, she furiously condemned Sicily to total sterility. The seasons halted, vines withered, and fields turned brown.

To save the starving people, Zeus intervened and decreed that Persephone return to her mother. But since the girl had eaten some of the pomegranate seeds Hades had offered, she would have to return to his lair for part of each year. During these bleak months, Sicily grieves with Demeter. Every spring the island welcomes Persephone’s return with floral fireworks. 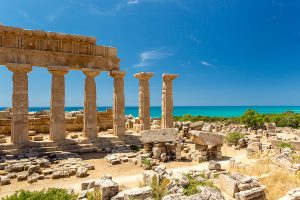 Wildflowers poke vibrant petals through the ruins at Selinunte, a major port that flourished as a center of trade and art for centuries until its destruction by its Carthaginian foes in 409 BC. I scramble with Pina, another local guide, around broken pillars and huge blocks of stone to a perch above the sea. Pina counts herself lucky to have been among the last generation that worked the nearby fields. “We didn’t need money. We didn’t need anyone else. We had the earth.”

Even today this passion for the soil, this profound appreciation for Demeter and her gifts, endures. “I am proud to be a child of the people who came here and conquered and survived,” Pina tells me. “This sea was their sea, and it is mine. This land was their land, and it is mine. I feel their passion in my veins.”

Could she imagine ever living anywhere else?

Her dark eyes well up, and she shakes her head. We sit in silence, amid the fallen gods and their temples, listening to the wind and the waves.

← Italy's Celebration of Summer: Worshipping the Goddess in Sicily →
FOLLOW BY RSS