A Passion for Venice

Why Venice means so much to so many… 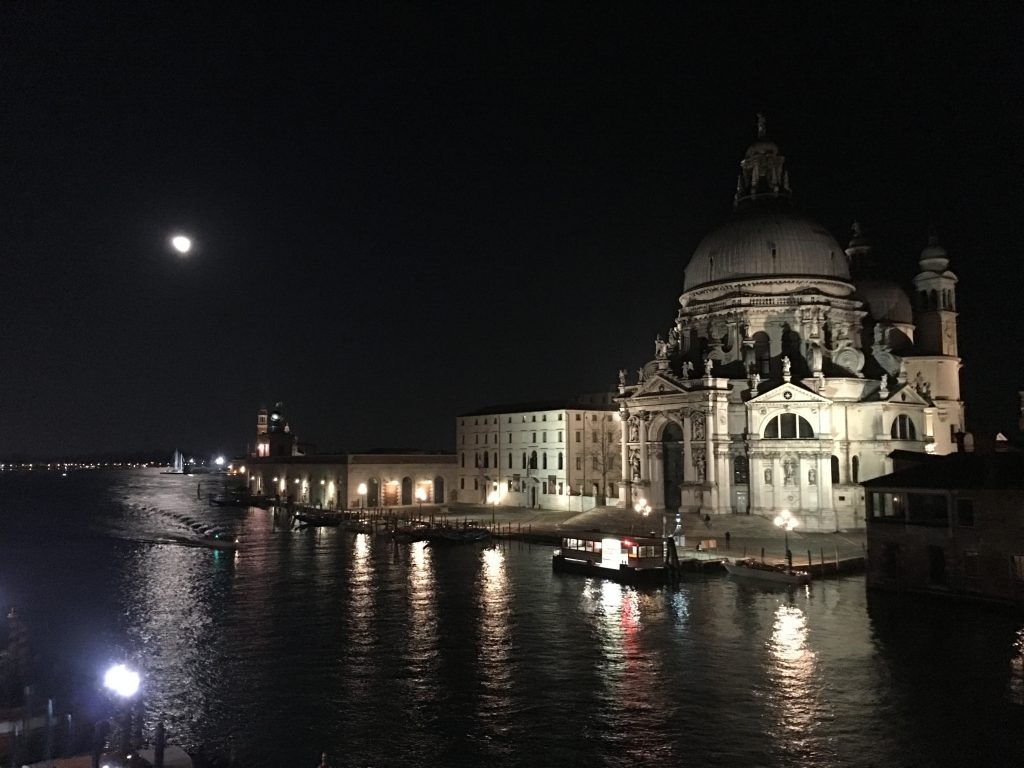 No place on the planet looks like Venice, half sea and half land, an architectural fantasy that rose out of the Adriatic mudflats like a maritime Oz. None may have had a more improbable genesis or left a more remarkable legacy. For more than a millennium, longer than any nation in history, the Republic of Venice preserved its independence. The Venetians ruled a colonial empire larger than Great Britain’s, sent the first diplomats into the world, drenched their city in music, venerated beauty, and enthralled millions of visitors.

The first Venetians had no such lofty ambitions. They were simply running for their lives. In the fifth century A.D., waves of barbarians burned and looted their way across northern Italy. In the final death blow in 452, Attila and his scavenger Huns razed the once-proud city of Aquileia, a thriving cosmopolitan trading center. Pushed to the edge of the sea, the survivors retreated to their only refuge: the lagoon.

On marshy islands fringed in reeds, these refugees constructed makeshift homes like seabirds’ nests afloat on the waves. Driven from their old ways of living, the accidental islanders invented new ones. They flooded rough paths to form a maze of watery roads. They learned to build and sail agile boats, to fashion rain water collectors that served as wells, and to organize a community—with no small amount of bickering and bloodshed—that ultimately united “rich and poor under equal laws.” 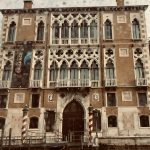 The Venetians pounded countless pilings through the squelchy marshes into a solid layer of earth, lined the canals with palazzi, joined islets with hump-backed bridges, and crowned every sestiere (neighborhood) with cupolaed cathedrals. Their fleet, the most formidable in Christendom, sailed forth to conquer the waters beyond the lagoon. From East and West, exotic treasures poured into Venice: fine silks, coffee, mosaics, spices, silver, gems, slaves. Venice grew rich, as a historian recounts, on “man’s cravings for luxury, for ostentation, for self-indulgence, on the pride of life and the lust of the eye.” Its ruling elite of about 200 families, registered in the Libro d’Oro (Golden Book), draped themselves in velvet and lace and glorified the city with their splendor.

“The Venetians were magnificent by nature,” historian William Thayer observed a century ago as he wandered through its labyrinth of waterways and asked, “What poets dreamed these marvels? What romancers dwelt in these enchanted halls?”

Then as now, the dreamers and romancers were a special breed who mastered every facet of passionate seduction. Venice’s architecture invites. Its paintings intoxicate. Its canals murmur. Its light ravishes with 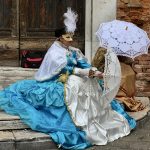 endless watery reflections. Its music infects. Every sense gets its due: rhapsodies of color for the eye, violin concerti for the ear, velvet for the skin, frittelle for the tongue, perfumes for the nose.

Free-wheeling and tolerant, the citizens of the city called La Serenissima (the Most Serene One) granted (relative) freedom to women, sanctioned illicit liaisons, indulged in sensual delights, and tolerated libertines like Giacomo Casanova. Masters of illusion, the Venetians reveled in masks, costumes, theatre, and games of chance. Mad for music, they delighted in gondoliers’ ballads and operatic choruses. Connoisseurs of luxury, they sprinkled actual gold dust on the holiday cake known as pandoro.

“Siamo a Venezia!” (We are in Venice!). The city’s unofficial live-and-let-love slogan affirmed the joys of a life unfettered by moral or legal restrictions. Seduced by the city, visitors hailed Venice as the pleasure capital of Europe. “Other cities have admirers,” a nineteenth-century Frenchman observed. “Venice alone has lovers.”

Peggy Guggenheim, who lived for three decades among her modern art treasures on the Grand Canal, cautioned against choosing Venice for a honeymoon or romantic tryst: “To live in Venice or even to visit it means that you fall in love with the city itself. There is nothing left over in your heart for anyone else.”