A World Without Italy 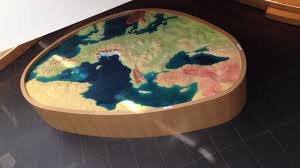 Imagine a world without Italy: Painting without Leonardo. Sculpture without Michelangelo. Literature without Dante. No Verdi choruses or Puccini arias. No Fellini films or Ferrari roar. Heavens uncharted, vines unplanted, tables bereft of pasta, pizza, and a Sicilian cake so divine that its bakers swore it could make the dead breathe again.

Western civilization would surely have sprouted elsewhere, but the planet would have been a paler place, a rainbow stripped of its most vibrant hues: Raphael’s luminous blue, Valentino’s luscious red, espresso’s inky black. More than a country, Italy embodies a culture that has transformed art and architecture, language and music, food and fashion.

Its borders contain more of UNESCO’s designated cultural treasures than any other nation. Its inhabitants created the first universities, banks, public libraries, and law and medical schools; mapped the moon (in 1651); split the atom; produced the first modern histories, satires, sonnets, and travelogues; invented the first working compass, battery, barometer, microscope, radio, and thermometer; garnered twenty Nobel Prizes; and bestowed upon the world the eternal gift of music.

Humanity, Mussolini bragged, is indebted to Italians “for the majority of its accomplishments.” For once, he wasn’t exaggerating.

Alone among nations, Italy has conquered the world—not once, not twice, but three times. The Roman Empire extended its might over territories spanning a quarter of the globe. Christianity, with Rome as its capital and Italy its cradle, planted the seeds of a religion that now counts 2.3 billion members—about one of every three people on the planet. The Italian Renaissance transformed art, architecture, and philosophy in an explosion of creativity that ushered in the modern age.

Italy has so profoundly permeated our collective unconscious that even if you have never set foot on its soil, you’ve touched and been touched by its heritage. Musicians everywhere play the do-re-mi notes invented by an Italian monk. Italian paintings, sculptures, and buildings adorn cities on every continent. Italy’s food, arguably everybody’s favorite, nourishes souls as well as bodies. Its wines soothe and stimulate. Its films, cars, and fashions transport us above the mundane and the mediocre. Leonardo’s Mona Lisa outranks all other masterpieces as the world’s most famous painting. Ferrari’s Cavallino Rampante (Prancing Horse) outshines other brands as the most recognized logo.

But why Italy? How did a scrawny peninsula smaller than California, home to less than 1 percent of the world’s population, leave such an outsize imprint on Western culture?  What sparked endless innovations and inspired a multitude of masterpieces? Was it a miracle? Serendipity? Luck? Destiny?

After decades of up-close but admittedly unscientific observation, I credit la passione italiana. This fierce drive, three millennia in the making, stems from an insatiable hunger to explore, discover, create, pursue beauty, feel deeply, love and live with every fiber of one’s being. It blazes to life in the Sistine Chapel, surges through a Rossini aria, preens in Bulgari jewels[ Jon: or “on a Milan catwalk”], deepens a vintage Brunello, spices a tangy penne all’arrabbiata (pasta with an “angry” sauce seasoned with chile peppers).

Discover more about Italian passions in  LA PASSIONE: How Italy Seduced the World. Dianne Hales is also the author of LA BELLA LINGUA: My Love Affair with Italian, the World’s Most Enchanting Language and MONA LISA: A Life Discovered. For more information, visit diannehales.com.