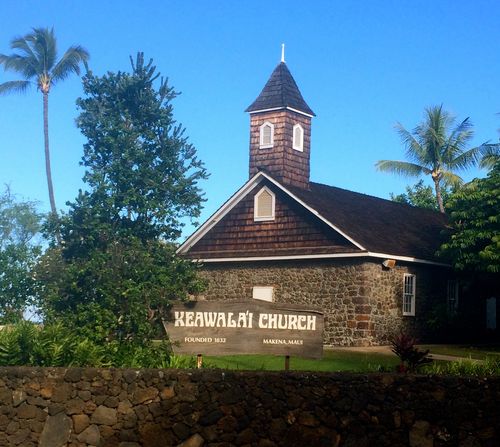 Both Italian and Hawaiian use a single word for hello and goodbye: ciao and aloha. But that’s not all these two belle lingue have in common. Rich in vowels, lyrical and lovely to listen to in local melodies (preferably on a moonlit beach in either location), both were carefully crafted to capture the souls of their speakers.

In the late Renaissance, wordsmiths in Florence formed l’Accademia della Crusca (Academy of the Bran) to merge their love of food with a passion for the Tuscan vernacular (il volgare toscano) that Dante, Boccaccio and Petrarca had elevated to a fine literary tongue. Determined to separate the linguistic wheat from the chaff,  the Crusconi (Crusty Ones, as they called themselves)  created the first Vocabolario (official dictionary) of any Western society.

At the time no one in the West knew about the lush volcanic islands (isole) in the middle of the Pacific Ocean. It wasn’t until 1778 that Captain James Cook landed in Kauai and discovered a people with an ancient culture (una cultura antica) but no written language.  The original Hawaiians transmitted their history, genealogy, religion and values through stories (racconti) that one generation told to another and  the intricate dance movements of the hula.

I learned about the origins of the Hawaiian language in Sarah Vowell’s Unfamiliar Fishes, a quirkily entertaining account of how New England missionaries transformed an island paradise.

In order to spread the  word of the Lord (la parola del Signore), the ardent mikanele (missionaries in Hawaiian) needed a bible that the natives (gli indigeni) could study and read. Since there was no written form of their madrelingua (mother tongue), the missionaries had to create one.  Working on the assumption that fewer letters would be easier to learn, they whittled down the standard 26 characters of the English alphabet (alfabeto) to twelve letters: A, E, I, O, U, H, P, L, K, M, N and W.

Over the next 17 years, missionaries translated the original Hebrew of the Old Testament and the Greek of the New Testament into the 2,333-page Ke Kauoha Hou  (Holy Scriptures). They printed 10,000 copies and taught so many men, women and children to read that by 1863, the end of the missionary era, 75 percent of Hawaiians had become literate in their native language.

Like Italian, Hawaiian has words (parole) with multiple meanings that don’t translate easily into English. One is haole, which means "foreigner” but, according to Vowell, also refers to “all the pasty-faced explorers, Bible thumpers, whalers, tycoons, con men, soldiers  and vacationers who have washed ashore” over the years. My husband and I, who met in Hawaii decades ago,  are among them.

Haole literally means  "without ha” (breath) while aloha  means “the presence of breath” or the “breath of life.” Foreigners  came to be known as haole because they refused to engage in the traditional Polynesian greeting in which two people touch noses and embrace while breathing in each other’s essence.

Even though I’ve never had the opportunity for such genial nose-pressing, I’m always happy to return to Hawaii, as we have this week, to listen to its lilting language and  to breathe in its gracious aloha spirit.