An Italian Passion for Joy 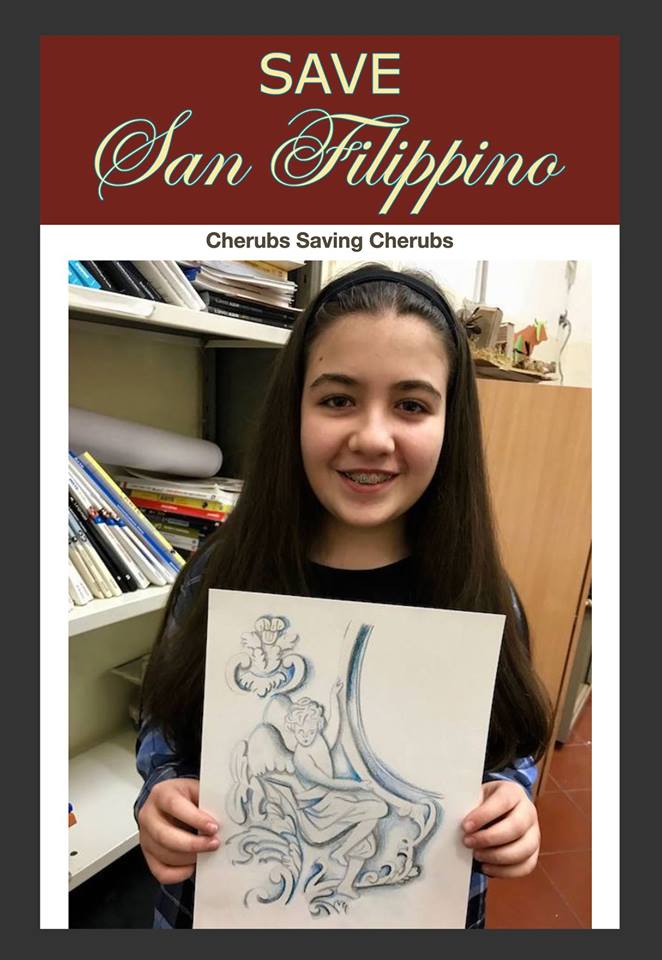 Two years ago a woman I didn’t know contacted me about an abandoned chapel dedicated to a saint I had never heard of in a Tuscan town I had never visited. Now her story is in LA PASSIONE: How Italy Seduced the World, and she and I are going on a “Passion for Joy” book tour.

The woman is Rita Morgan Richardson, a French teacher in Nashville. The saint is Philip Neri, patron saint of joy, whose followers built places for the faithful to worship and sing together. The chapel in Castiglion Fiorentino, a hilltop village of about 13,000 people near Cortona, has been falling into ruin for decades. 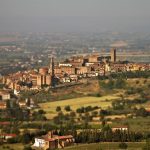 Then Rita Richardson came to town. Her ties to Italy run deep. While serving in the military in Italy, her American father met and married a lovely local woman and brought her to the United States. Although Rita grew up in Georgia, her staunchly Italian mother imparted a strong sense of her Italian heritage.

In 2010, during a visit to their son while he was studying in Cortona, Rita and her husband Tim ventured to nearby Castiglion Fiorentino. Taken by its picturesque charm, they bought a small home and returned several times a year.

Every day they would walk by a boarded-up church on their pedestrian-only lane. Curious, they discovered that it once housed a group of friars belonging to the Congregation of the Oratory, a religious order founded by Saint Philip Neri.

“I’m Catholic, but I had never heard of him,” says Rita. Neither have many others. Born in Florence in 1515, Philip began studying and then preaching in Rome. His friendly nature and ebullient sense of humor won so many converts that he became known as Rome’s “third Apostle,” after Saints Peter and Paul. According to legend, his heart grew so big with God’s love that people could see it pounding in his chest.

To attract more converts, Philip devised a form of religious theater, with performers reproducing biblical scenes set to music. Soon people were flocking to the entertaining shows that took the name of the hospital prayer hall used for the first performances—oratorio.

The oratorio built by his followers in Castiglion Fiorentino became a bustling community center, “a place where ordinary people experienced extraordinary things,” says Rita. “Tim and I wondered why someone wasn’t doing
something to save a building so rich in history. When we asked, we always heard the same thing: ‘Crisi. Niente soldi.’ Economic crisis. No money.” 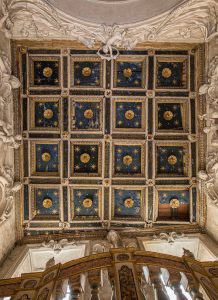 Then an unexpected passion seized Rita. “One day I just knew that the ‘someone’ to save San Filippino was me—even though I had never attempted anything like this.” With the permission of the local archbishop, she and Tim got their first glimpse of the chapel’s interior. Inside they found beautifully sculpted cherubs, a hand-painted balcony for the choir, and a wooden coffered ceiling of cobalt blue and gold.

“We were blown away,” Rita recalls. Launching a one-woman campaign, she formed the Friends of San Filippino, an official American nonprofit, and reached out to Italian American organizations and Italophiles. Their generosity, along with Rita’s passion and perseverance, so impressed the townspeople that they have wholeheartedly embraced the project.

“Sometimes we need foreigners to wake us from our torpor and make us look at things with the eyes of another,” says a local teacher. Community members have donated their artworks and auctioned off dinners and stays at local bed-and-breakfasts to raise funds. School children, like Nicole Chirila of Dante Alighieri Middle School in Castiglion Fiorentino (above), are creating and selling art works inspired by the chapel. The ongoing campaign has rekindled a pride in the past and a passion to keep the spirit of San Filippino alive.

“You can feel the love of San Filippino in Castiglion Fiorentino,” says Rita. “The world may be full of special places that deserve to be saved, but it’s also full of people with an inexplicable passion to do good works that they never knew they had.”

Rita and I are carrying this joyful message to Houston, New Orleans and Atlanta in our Spring ‘Passion of Joy” book tour.  If you can come to any of these events, we’d love to meet you! 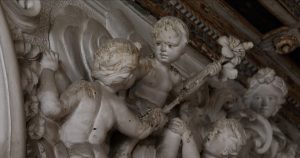 Dianne Hales is the author of LA BELLA LINGUA: My Love Affair with Italian, the World’s Most Enchanting Language, MONA LISA: A Life Discovered, and  LA PASSIONE: How Italy  Seduced the World. For more information on her and her Spring book tour, visit her website: diannehales.com.