An Unknown Chapter in Italian and American History

In 1975 Solace Wales and her husband, both artists, began living part of every year in Sommocolonia in the coastal mountains of Tuscany.  There she learned about her neighbors’ harrowing experiences in World War II and about the African American troops who had been garrisoned there. Solace’s recently published book, Braided in Fire, weaves together their stories and the horrific battle that altered—and ended—many lives. 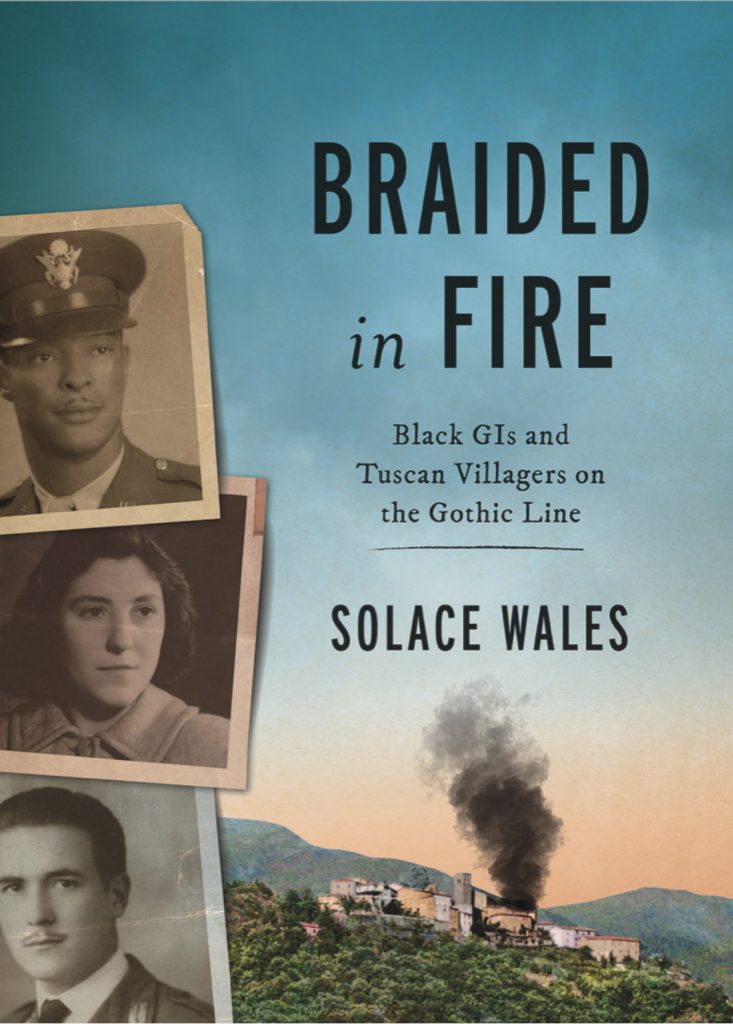 During World War II, the small village of Sommocolonia, with 300 inhabitants, was right on the Allied side of the Germans’ heavily fortified “Gothic line” that stretched across the Italian peninsula from the Tyrrhenian sea to the Adriatic. In 1987, as the oldest villagers began to die, I realized that someone had to record their stories before it was too late.

I also became curious about the town’s monument to Italian partisans killed in the village, which included the name of one American: Lieutenant John Fox. In 1994 I learned that Fox, surrounded by German forces in Sommocolonia, called down artillery fire onto himself.  This discovery of his amazing heroism galvanized me to find the soldiers he had served with in Italy.

Based on decades of interviews and research, Braided in Fire documents the suffering of two groups, told intimately through the lives of four villagers and four black GIs. The Italian population experienced political danger, terror and hunger.  Even villages as small as Sommocolonia were torn between armed resistance by joining local partisans or collaborating with the Fascists and later the Nazis. Neutrality was not a possibility. African American soldiers, who were serving their country and helping to liberate Europe, had to fight two battles, one against the Nazis, the other against their own white superior officers, who generally treated them with contempt. 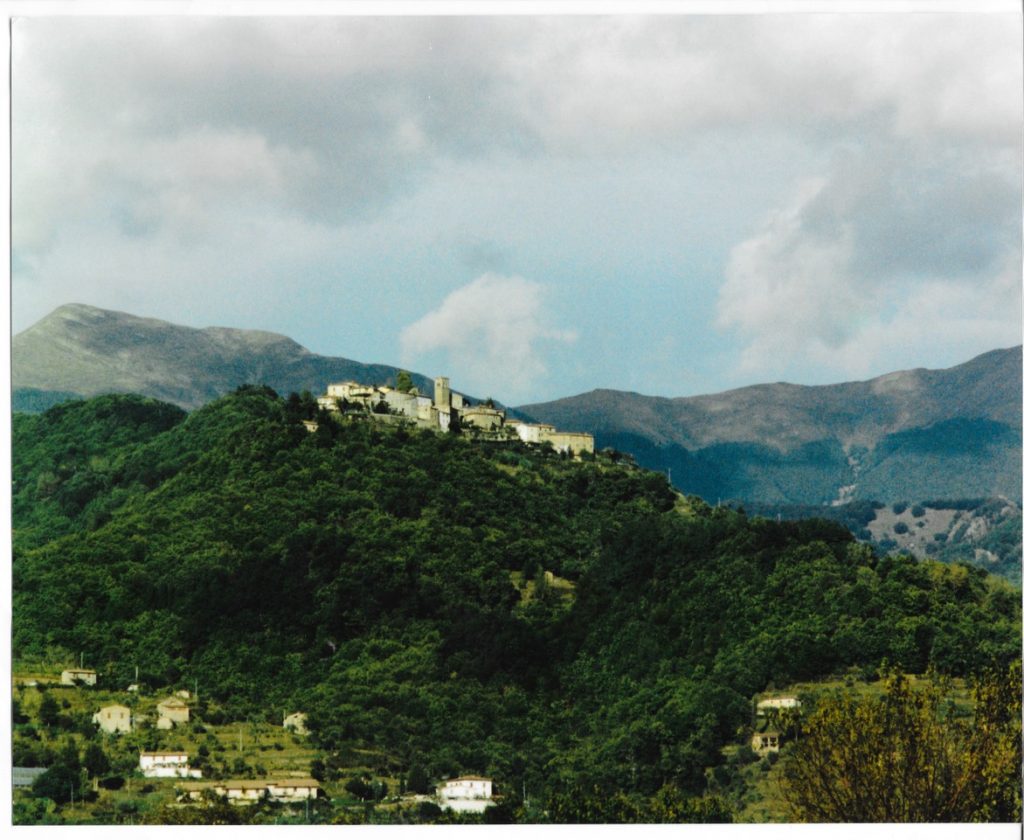 The central event of Braided in Fire occurred the day after Christmas on December 26, 1944, the date of the Sommocolonia battle. Attacking at dawn, specially trained German mountain troops numbered three times the approximately 100 Allied forces defending the village — 75 black GIs and 25 Italian partisans. The defenders fought hand-to-hand in the narrow medieval streets. Late in the four-hour battle, forward observer Lt. Fox, finding his tower outpost surrounded by the enemy, made his extraordinary request of self-sacrifice.

After the war, the narrative jumps to a White House ceremony on January 13, 1997, when Lt. Fox was finally honored posthumously with the Medal of Honor, along with six other African Americans for their unrecognized bravery in World War II.  It was a great privilege to be invited to attend a ceremony that, in President Clinton’s words, “made history whole.”

In July 2000 another significant ceremony took place.  Most of the main protagonists in my book gathered in Sommocolonia with others to honor the black soldiers who had served in the area. Many veterans came, along with John Fox’s widow, daughter and two grandchildren.    Articles about the event and the role of African American soldiers appeared in the New York Times, London Times and newspapers in Italy and across the United States.

After retiring from teaching in 2000, I began writing Braided in Fire.  It never dawned on me that it would take twenty years to see it in print! However, I remained passionate about revealing the full story of what happened in Sommocolonia, a place that has given me and my family endless joy. I wished to gift the village with a record of its role in World War II.

I also wanted to reveal, to my fellow Americans especially, the heroism of the black soldiers who, despite the appalling treatment they received, gave their all in the cause of liberty.  To this day, I am passionate about broadcasting this truth.

Solace Wales is the former director of the International Child Art Center in San Francisco. Since the 1970s, Wales and her artist husband have commuted between residences in Sommocolonia, Italy and Marin County, California. She is the Representative to Other Countries for the Association for the Renewal of Sommocolonia, (ARS). Learn more at her website; click here for a link to a local bookshop.

← Tales from the Pandemic:  Venice Rising The Sweetness of September in Italy →
FOLLOW BY RSS