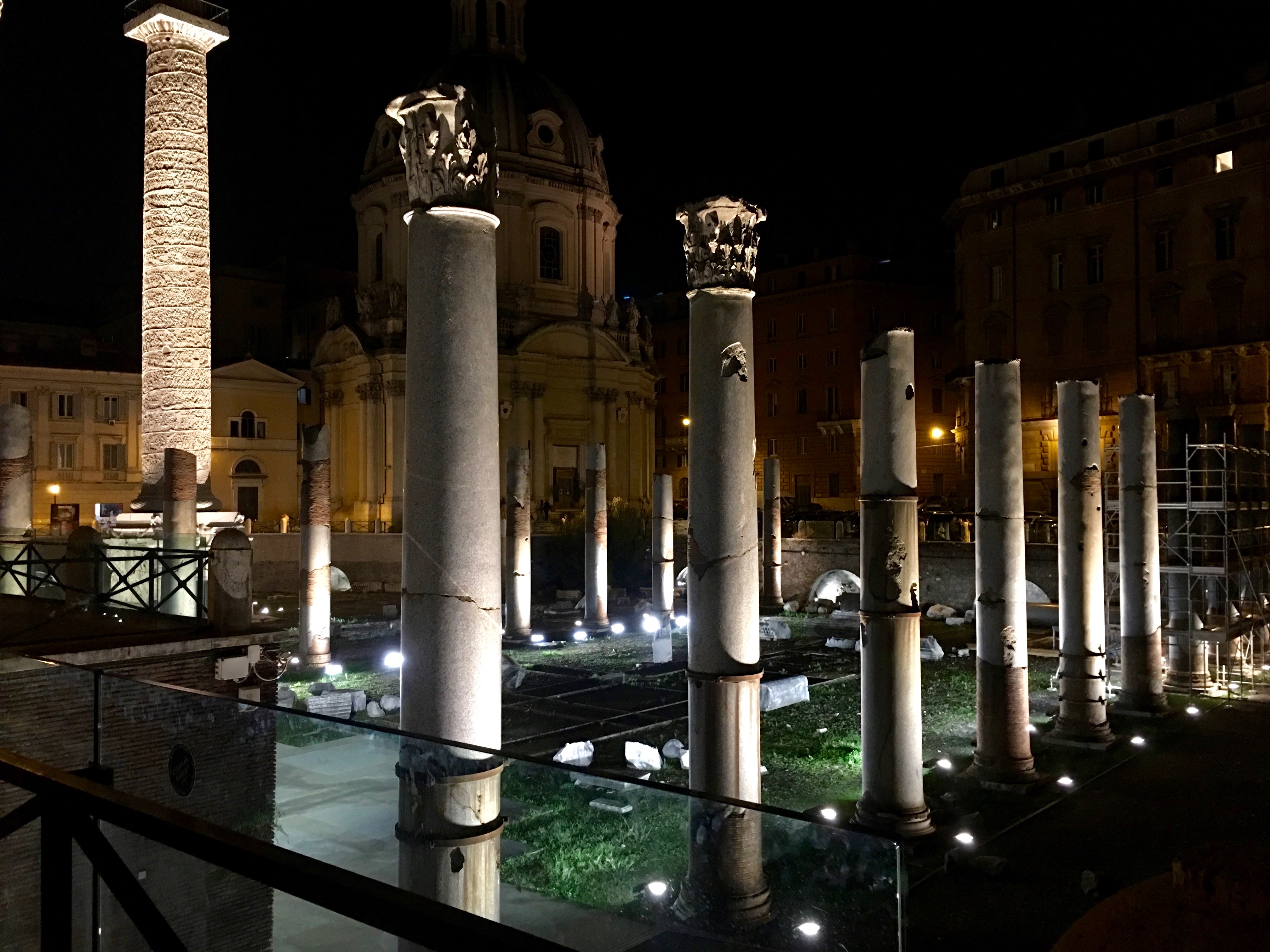 “Sniff!” our guide commands as she thrusts a leaf snipped from a bush in the Roman Forum under my nose. “What do you smell?”

I inhale deeply. The aroma is tantalizingly familiar—fresh, spicy, woodsy, a scent I immediately link to a certain type of alpha male—but I can’t identify its name.

Wreaths woven of such laurel leaves once crowned Rome’s conquering generals as they rode in triumph behind twelve attendants bearing fasces, the long rods and ax symbolizing power over life and death. At their sides, a slave repeatedly whispered, “Memento mori,” a reminder that despite the adulation they remained mortal, destined to die. Yet for the moment they could bask in the honor of extending the rule of Rome, described by the writer Pliny as a gift “bestowed upon the human race like a second source of light.”

On a soft September night, the glories of Rome surround me like the stage set of a majestic historical drama. Jagged columns jut toward the stars. Triumphal arches, pocked by time and thieves, gleam in floodlights. All testify to a long-lost time when every road led to Rome and every nation bowed under its command.

“Were they like us?” I wonder aloud as I survey the still-glorious remnants of the ancient Romans. Our guide suggests a more salient question: “Are we like them?”

Not at first glance. Rome’s was a pagan creed, with a bloodlust that ran deep. Honed into an invincible killing machine, its legions enslaved millions and lined miles of roads with the crucified bodies of enemies. Its citizen-soldiers killed without compunction—and faced the prospect of being killed without complaint.

Even in their private lives, Romans didn’t shy away from brutality. Crowds cheered as wild beasts mauled each other and gladiators fought to the death. Violence permeated homes as well as arenas. By law a Roman patriarch could kill an unwanted or sickly newborn, a disrespectful slave, or a wife who committed adultery or aborted a child without his consent. 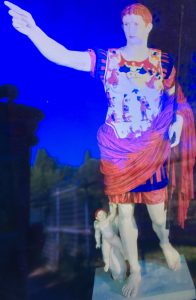 Although the Roman Empire would ultimately crumble and fall, the passion of its citizens entered the spiritual DNA of their descendants and spread beyond geopolitical borders. Even twenty-some centuries later, people around the world still do as the ancient Romans once did.

We prize our families and honor our dead. We take for granted creature comforts that the Romans invented, such as indoor plumbing and heated water. We call the months of the year and the planets by their Roman names. We soothe ourselves with music, soak in warm baths, wildly cheer our favorite teams, sip wine, linger over delicious dinners, and laugh at bawdy comics and clowns. Like the Romans, we garb ourselves in stylish clothes, fancy footwear, and statement jewelry. Modern women experiment with hairstyles (including hair extensions and wigs), fight wrinkles, and apply makeup that is thankfully far less noxious than the “mascara” of ground-up roasted ants favored by Rome’s beauties. Men still try to conceal their baldness, but more subtly than with the lampblack their Roman counterparts applied to their scalps (a ruse that worked only across the vast Circus Maximus).

In our pursuit of romance and happiness, observes Alberto Angela, the archaeologist and author of Amore e sesso nell’antica Roma (Love and Sex in Ancient Rome), contemporary men and women may be more similar to the ancient Romans than any prior generation. “No other civilization or culture of past or of recent centuries,” he contends, “has ever been closer to them in terms of daily life, love, and sex.”