Beauty Secrets in the Italian Language 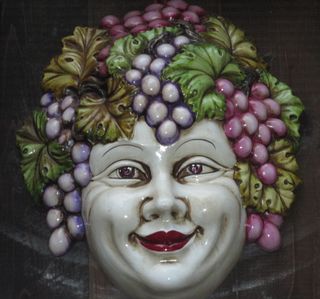 Trucco does double-duty in the Italian language as the word for both trick and make-up. Fortunately, the art and artifice of female beauty have come a long way since the days of the Roman empire.
Then as now, women wanted long lashes, alluring eyes, and full lips–and were willing to do almost anything to get them.

The early equivalent of mascara was a stick of coal, carefully applied by a specially trained slave. As Alberto Angela reports in A Day in the Life of Ancient Rome, other products used to bring out the eyes included kohl, squid ink, lamp-black (made from roasted dates), and a paste consisting of the ground-up bodies of toasted ants.

Lip colors come in a variety of shades, but the most popular was bright red. Unfortunately, its main ingredients—minium (red lead) and cinnabar (red mercuric sulfide)—were highly toxic.

Beauty masks and skin treatments addressed a variety of cosmetic issues. Bull bile was used for facial “stains”; cow placentas for skin ulcers; butter for boils; narcissus bulbs as emollients; cantalope roots and cumin as whiteners; and an extract of calf genitals for dermatitis.

To hide wrinkles, women would coat their faces with a mixture of honey and cerise, a white pigment that makes skin more luminous. For a more youthful pink, they would add some red pigments. Rather than blush, they rubbed their cheeks with hermatic powder. Those who could afford it powdered the tips of their breasts with gold.

If you are in Rome and want to truccarsi (put on make-up) as modern Roman women do, here are some essential vocabulary words:

The make-up rituals of the women of ancient Rome may sound tortuous to us, but they don’t compare with a modern form of barbarism: the bikini wax (la ceretta nella zona bikini).

For a sweet ode to two things women love–lipstick and chocolate–click below: