Tripbase.com is inviting travel writers to share their favorite travel destinations in a list that will eventually be published as an e-book. Although it’s not a secret, all of my secrets are about Italy: 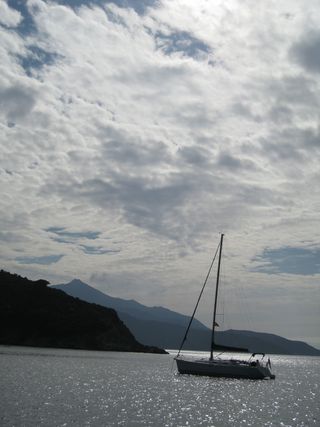 For years we have chartered boats to sail amid these rocky islands between the Ligurian  and Tyrrhenian seas, west of Tuscany. The largest island in the group is Elba. Others include Pianosa, Capraia (the most rugged) , Montecristo (mystical), Giglio (my favorite), Gorgona and Giannutri, all of which are protected as part of the Tuscan Archipelago National Park. 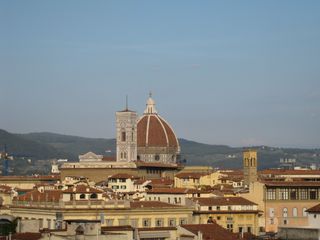 I stayed here so often when I was researching LA BELLA LINGUA: MY LOVE AFFAIR WITH ITALIAN, THE WORLD'S MOST ENCHANTING LANGUAGE that I came to think of it as “il mio palazzo.” However, this gem of a restored 16th-century family home (with just twelve exquisite suites) and its amiable staff are so welcoming that every guest probably feels the same. (Borgo San Frediano 5, Firenze)

*rooftop terrace with 360 degree views of Florence (above)

*across the Arno from il centro in a neighborhood of artisans’ studios, antique shops, and galleries 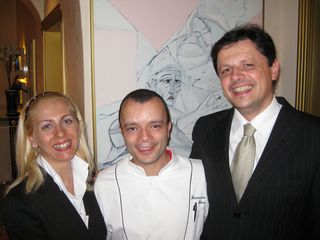 In the last five years two brothers—Francesco and Luca Bracali—have transformed their family's rustic trattoria into an elegant Michelin-starred restaurant that's sensually, sumptuously adult. Amid décor that mixes classical lines with splashy Versace touches, we have dined on deliciously creative variations on traditional Italian themes, teamed with superb wines (my husband downloads the wine list in advance for the sheer pleasure of anticipation) and served with flair. (Via di Perolla n.2, 58020 Ghirlanda)

*the charming da Bracali family (above)

I am nominating these five bloogers to share their top three travel secrets on their blogs:

Susan, 100 Places in Italy Every Woman Should Go

I will keep you posted as to the publication of the e-book with the best-kept secrets of hundreds of other travel writers.