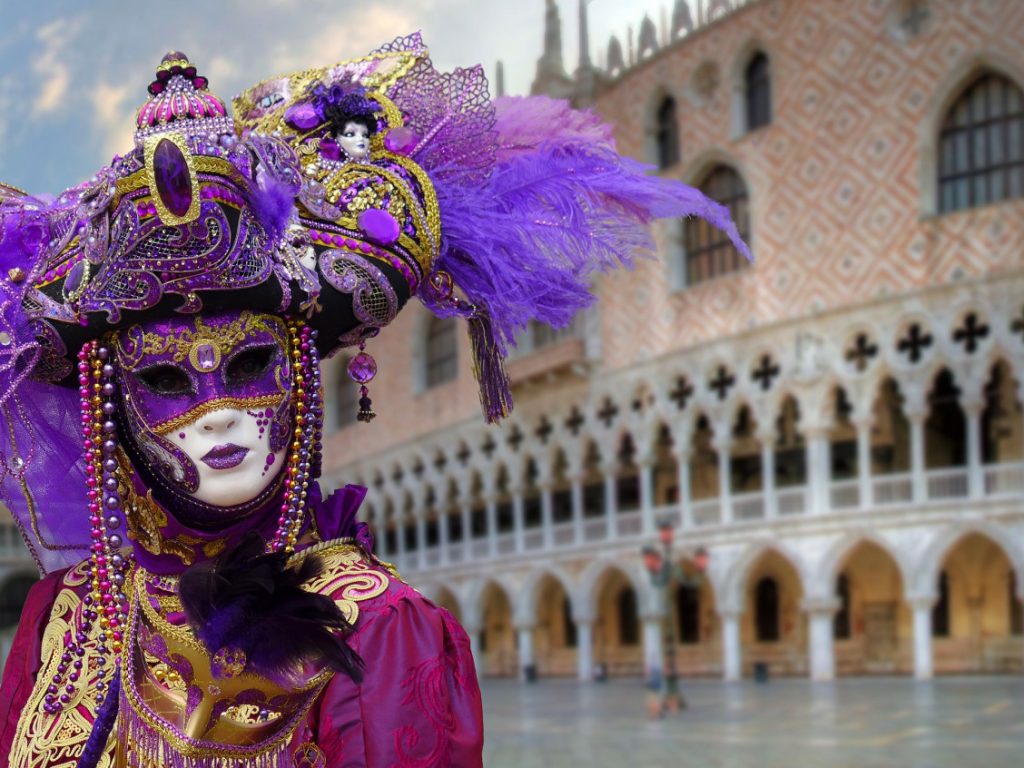 For centuries the pre-Lent festivities of carnevale sumptuously celebrated  carne, a word that translates as both “meat’ and “flesh,” in every sense. However, the name comes specifically from the Latin for meat (carnem) and “take away or remove” (levare). A church decree dating back to 653 declared that anyone who ate meat during the forty days of Lent (Quaresima in Italian) could not receive communion on Easter. Charlemagne reportedly sentenced Lenten meat-eaters to death.

According to le Monnier’s Dictionary of the Italian Language, Carne Levare (Remove Meat) was first used for the sumptuous dinner eaten the night before Ash Wednesday, which marks the beginning of Lent. Over the years Carnevale was gradually extended to cover the entire period from Epiphany to la settimana grassa (the fat week) before Ash Wednesday.

An almost pagan spirit of enjoyment and transgression is evident in the traditional recipes for this time of year. Southern Italians prepare a migliaccio di polenta made with corn meal, sausages, and grated cheese. Neapolitans savor lasagne di Carnevale, a dish so rich that poorer families could afford to prepare it only once a year.

Throughout much of the peninsula, Italians enjoy sweets such as castagnole (sponge balls, plain or filled with ricotta cheese, custard, or chocolate), tortelli with raisins and cinnamon, and cicerchiata (pastry balls coated in honey).

The delicate fried pastries we might call fritters take different names in different regions. In Piedmont and Liguria, they’re bugie (little lies); in Tuscany, cenci (rags); in Emilia-Romagna, lattughe (lettuce leaves); in Milan, chiacchiere, the same word Italians use for gossip or chatting. Cooks elsewhere may call them nastri delle suore (nuns’ ribbons), galani, frappe, or sfrappe and add ingredients such as raisins and anise.

The sin-drenched Venetian Republic was famous for indulgences of a more sensual nature. During its Carnevale, which lasted for months, party-goers of all classes hid their identities behind elaborate maschere (masks). The bauta covered the entire face but had no mouth opening and a lot of gilding. The oval-shaped moretta was worn by women, often along with a veil. The full-face white larva (from the Latin for mask or ghost) was made of fine wax cloth.

Over the centuries Italy’s pre-Lenten merry-making has inspired some pithy axioms: “A Carnevale ogni scherzo vale,” revelers often say. “Anything goes at Carnival time.” But don’t get carried away with the romance of the moment. “L’amore di Carnevale muore in Quaresima,” wise souls caution, “A love that starts during Carnival dies in Lent.”