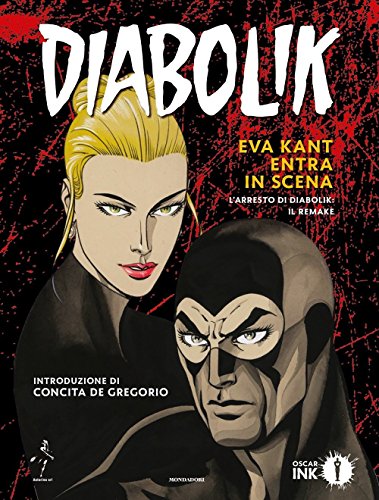 The  twentieth annual Week of the Italian Language in the World (October 19-25, 2020) focuses on the theme of Italian Between Word and Image: Graffiti, Illustrations, Comic Books.

Italy’s rich tradition of graphic story-telling dates back for centuries, but since World War II, Italian comics have become  a cultural phenomenon, selling more than 100 million copies a year.  Rather than just showcasing violent or pulpy stories of superheroes battling evil, Italian comic books explore a wide range of topics—from lofty literature to contemporary satire. Generations of  Italians have avidly followed the  larger-than-life heroes of the fumetti (comics), named for the little puffs of smoke (fumo) that contain the dialogue.

My appreciation started with Dante. Years ago a professor from Florence gave me a  vintage Italian comic book  of the Inferno, featuring Mickey Mouse (Topolino in Italian) as Dante with Minnie Mouse as his adored Beatrice and a bicycle-riding Goofy as the poet Virgil, his guide. This whimsical treatment inspired me to read an English translation of the Divine Comedy.

Then an Italian tutor lent me her precious copies of the classic comic Diabolik to build my reading skills. I was a goner by page ten. Never before had I met a character like the jewel thief with a fiendish talent for creating masks so realistic he could masquerade as anyone.

Diabolik’s unlikely creators —  “le regine del terrore” (the queens of terror) Angela and Luciana Giussani, sisters from an aristocratic family — scandalized postwar Milan by obtaining driving licenses (unheard of for women at the time), modeling for magazines, hobnobbing with movie stars and taking jobs in an advertising agency. But nothing shocked Italy more than their 1962 creation. Denounced by priests and politicians, Diabolik – cynical, amoral, violent  – and his sexy sidekick and lover Eva Kant developed a cult-like following.

Another beloved hero is Tex, an American ranger who has been battling voodoo cults, mad scientists and evildoers since 1948. The fearless cowboy has taken on enemies of every sort, including a half-animal, half-vegetable alien brought to earth by a meteor. Other favorites include Martin Mystere, “the detective of the impossible”; Dylan Dog, a playboy who dresses in a red shirt, black jacket and blue jeans; and Julia, a smart and sensitive criminologist, inspired by Audrey Hepburn.

Comic books have a superpower of their own: They can help you learn Italian—regardless of your age.  The reasons why, according to Fluent U,  include:

*Images boost comprehension.  Comics help you to learn faster by pairing every bit of writing with an image of what’s being described.

*Fewer words, more action. Because the images eliminate the need for long character or location descriptions, you quickly get sucked into the plot and  pick up new words with less effort.

*The language real Italians speak.   Rather than ponderous phrasing, comics use the same colloquial vocabulary and slang  you hear on the cobblestone streets of an Italian village. And because all sorts of Italians read comics, there’s something for everyone—from adorable animal adventures  for children to complex international thrillers for adults.

For a safe, socially distanced, fun way to celebrate Italian Language Week in 2020, learn more about the fumetti. BAM! POW! Before you know it, you  may become a linguistic superhero!