Celebrating the “Treasure of Europe” in the Italian Language 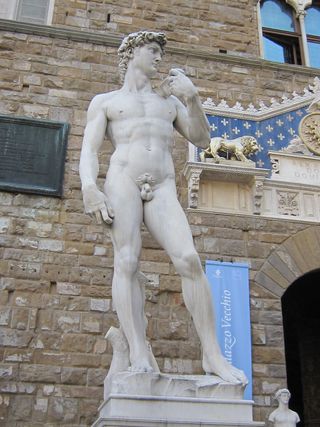 For months Italy has been reeling from bad news and bad press, particularly from other members of the European Union. But this weekend 50 European nations are dedicating their annual European Heritage Days to “L’Italia tesoro d’Europa.”

The title is well-deserved. For centuries “Italy” has been synonymous with art (arte). An estimated 60 percent of the world’s designated art treasures reside within its borders, and Italian paintings and sculptures grace museums and collections around the globe. But Italy did more than inspire masterpieces: it developed the visual language of Western culture and changed forever our concepts of beauty and its creators.

For its part, Italy has announced, “Per due giorni lasciamo le porte aperte.” (For two days we leave the doors open.) On Saturday and Sunday, September 24 and 25, visitors will have entra gratis (free entrance) to all state luoghi della cultura (cultural places). Those of us lucky enough to be in Italy will have access to 5,105  museums, theatres, concerts, performances, meetings, exhibitions and educational workshops. You can find the complete program here.

The Italian minister for cultural arts and activities has declared that this weekend is “una preziosa occasione” (a precious occasion) to re-affirm with other nations their “radici culturali e storiche comuni” (common cultural and historical roots), even in these momenti di crisi (moments of crisis). This awareness may, he noted, help the European community trovare le risposte necessarie ad affrontare le sfide del presente”  (find the necessary responses to confront the present challenges).

Art has always had a powerful impact on the individual and on society. When they were created, the works of the Renaissance artists inspired reactions such as meraviglia, a sense of marvel or extraordinary delight, and stupore, which David Summers defines in Michelangelo and the Language of Art as “the state resulting from the perception of a thing that exceeded the limits of the senses.” Perhaps these are just what a weary and woeful world needs now.