Christmas in Italy: Lucia, the Saint of Light and Sight 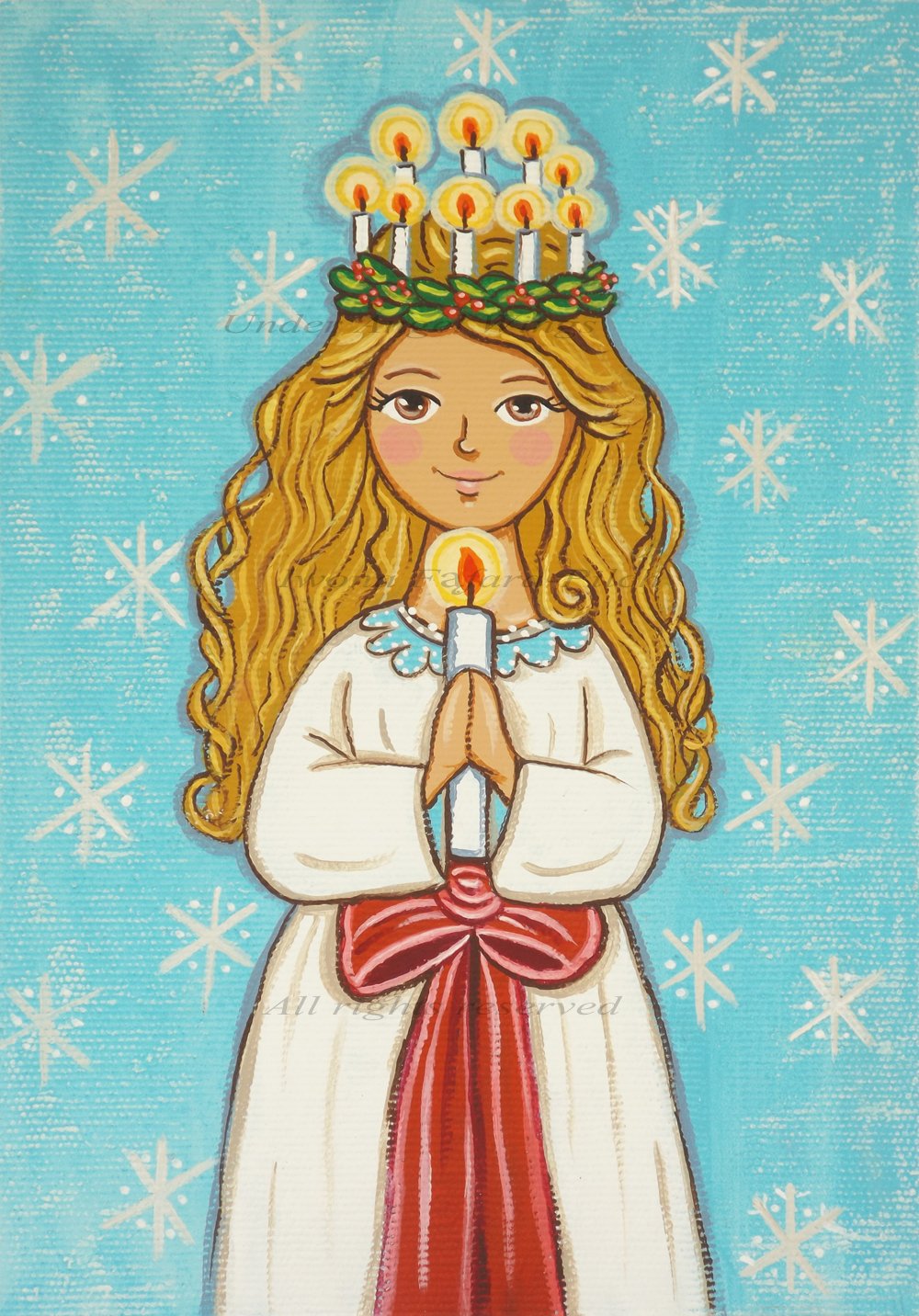 Lucia, whose name derives from the Latin lux or lucis for light (luce in Italian), was a young girl who lived in Syracuse on the island of Sicily in the third century. According to various legends, this saintly virgin would wear a wreath of candles as she carried food to Christians hiding in underground tunnels. When a suitor claimed to be captivated by her eyes, Lucia plucked them out and had them sent to him on a platter. In another version, she was blinded and miraculously cured.

The patron saint of sight, Lucia is often portrayed holding a plate with a pair of eyeballs on it. As a way of tasting the enlightenment St. Lucia brings, Italians eat “gli occhi di Santa Lucia” (the eyes of St. Lucia), usually made from bread or biscotti.

Lucia gained greater fame in 1582, when famine struck Syracuse. On December 13 a boat filled with grain appeared in the harbor. Rather than processing the grain into flour, the starving people simply boiled and ate it. Sicilians honor the memory of St. Lucia by lighting bonfires and abstaining from anything made of wheat flour on December 13. They traditionally prepare cuccia (which rhymes with Lucia), a dessert made of whole wheat berries, cooked in water and mixed with sweetened ricotta flavored with candied orange bits and shaved chocolate.

According to an old Sicilian proverb, “A Santa Lucia un cuecciu di cuccia.”  (On Santa Lucia’s day a tad of cuccia. ) This also refers to the ever-so-slight lengthening of the daylight hours that comes with the winter solstice. In some regions of Italy,  children  write a letter for Lucia and leave it on the windowsill, with a cup of hot milk for her and hay for the donkey. In some areas in the Northeast of Italy, the feast of Santa Lucia remains as or more popular than Christmas.

An old Italian proverb declares “Santa Lucia, il giorno più corto che ci sia” (St. Lucia, the shortest day of the year). The reason is that this feast was once celebrated on December 21, the winter solstice (il solstizio d’inverno). Santa Lucia’s day also has served as a weather predictor in Italian proverbs, such as “Da Santa Lucia il freddo si mette in via” (From St. Lucia’s day, the cold is on its way) and “Santa Lucia con il fango, Natale all’asciutto” (St. Lucia with mud, Christmas is dry).  In other words, if it rains on the 13th, it won’t on the 25th.