Coming and Going in the Italian Language 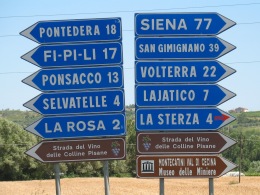 In Italian we usually translate the English “to go” as andare and “to come” as venire. However, it is not quite that simple!

If you are talking to someone who doesn’t live in Italy, you should say: "Vado in Italia l’estate prossima." (I am going to Italy next summer.)

BUT: If you are talking to someone who normally lives in Italy, even if they are not there at the time of speaking, you must say: "Vengo in Italia l’estate prossima." (I am coming to Italy next summer.)

Then, if you want to tell your parents/children/husband or wife, you should say: "Ho deciso di andare in Italia a giugno!" (I've decided to go to Italy in June!) The reason: Like you, they do not live in Italy.

Imagine that you are chatting on Skype with me (I live in Italy, but not near Rome):

"Ciao Lucia, vengo in Italia a giugno, vado a Roma!" (Hi, Lucia, I am coming to Italy in June.  I am going to Rome!) You are coming to my country but not specifically to my town.

If you ask a friend of yours to go to Italy with you, you might say: "Andiamo in Italia insieme?"   You are going to Italy together; it is neither your nor his/her country.

BUT:  You might say: "Veni con me in Italia?' (Are you coming  with me to Italy ?) Or your friend can say: "Posso venire in Italia con te?" (Can I come to Italy with you?) Since he/she is going with you, it doesn’t matter where.

Another example: Mario lives in Milan. He would say to Franco, who lives in Turin: "Vengo a Torino la settimana prossima; vado a trovare una mia amica!" (I am coming to Turin tomorrow; I'm going to visit one of my friends.) Mario is going to Franco’s town but specifically to visit another person.

Some notes from Dianne:

English uses similar constructions for our comings and goings. I tell a friend in New York that I'm coming to Manhattan, but my neighbor in California that I'm going East. However, only Italian has a single word that contains both verbs and translates as "coming and going": andirivieni. It also translates as "bustle."

Here are some other ways to come and go in English and Italian:

*Go ahead (andare avanti) or go against (andare contro)

*Come to blows (venire a mani)

*Go on and on (andare per le lunghe)

*Come to know, find out  (venire a conoscenza)

Only in Italian can you venire meno (literally, come less–or swoon). And you certainly wouldn't want to far venire il latte alle ginocchia a qualcuno"(make milk come to someone's knees–or bore someone to tears). But in both languages, if angered you can tell someone to "go to hell" (Va’ in malora!).

Click here for a classic musical invitation to "come away with me":