Win a pre-publication galley of LA PASSIONE from Goodreads!

Click here to enter the raffle.  The giveaway ends March 13. 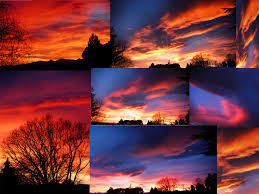 Marzo (named for Mars, the god of war) has always had a reputation for being pazzo (crazy). Someone who seems unpredictable and impulsive is said to be nato di marzo (born in March). Sole di marzo, onda di mare, pianto di donna: non ti fidare, Italians caution. (March sun, ocean wave, woman’s crying: don’t trust any of them.)

Julius Caesar would have been wise to trust a fortune teller who warned that harm could come to him no later than March 15. On that day, as he made his way to the Teatro di Pompeo, where he would be assassinated, Caesar passed the seer and joked, “The ides of March have come.”  The seer replied, “But not gone.” Shakespeare immortalized the phrase, “Beware the Ides of March” (Attenti alle Idi di Marzo), but everyone may need to beware of March weather.

Another proverb offers some comfort: Non c’è marzo così bello senza neve sul cappello. (March is not so beautiful without snow on your hat). According to folklore, the last three days of March are called i giorni della vecchia (the old lady’s days) or giorni imprestati (borrowed days). Way back in the time when March had only 28 days, an old woman decided to take her sheep into the fields because, as she declared, March was over and could not torment her with cold any more. Offended by these words, March “borrowed” three days from April and made sure that they chilled the old woman to the bone.

Dianne Hales is the author of LA BELLA LINGUA: My Love Affair with Italian, the World’s Most Enchanting Language, MONA LISA: A Life Discovered and the upcoming LA PASSIONE: How Italy Seduced the World. For more information, visit her website: www.diannehales.com.

I will be moving my weekly blog to my new website, along with a complete archive of my previous posts. Click HERE to subscribe (top of sidebar). Note that if you are already subscribed (via email) to my Typepad blog, your subscription will automatically transfer to the new blog. However, if you subscribed via RSS, you will need to do so again (using the same link as above). Thank you!