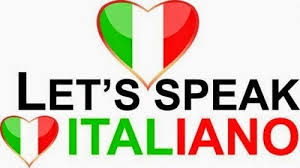 The supporters (sostenitori) of la bella lingua are intensifying their campaign to defend the language against the spread of a hybrid of Italian and English dubbed “Italish” or “Italianglo.” During the fifteenth Week of the Italian Language in the World (XV Settimana della Lingua Italiana nel Mondo), scholars, government officials and business leaders met in Florence for a conference called Riparliamone: la lingua ha valore (Let’s talk about it again: Language holds value.)

As they reported during the meeting, educators have created a Portale della lingua italiana nel mondo (portal of the Italian language) that promotes placement of more graduates in teaching Italian to foreigners (laureati in didattica dell’italiano per stranieri) in universities abroad, development of certification of linguistic competence (certificazione di competenza linguistica), a group of consultants (gruppo di lavoro consultivo) to promote Italy’s language and culture abroad, and updating the (l’aggiornamento) and training (la formazione) of more Italian teachers.

A “parlare italiano” (speaking Italian) campaign promotes more than a language, the speakers noted. There is a close connection (uno stretto rapporto) between the diffusion of the Italian language and an Italian taste (un gusto italiano) that increases interest in and desire for Italian products (prodotti italiani). Italian words, increasingly employed in “communication strategies” (strategie di comunicazione), provide the added value (valore aggiunto) associated with the “Made in Italy” designation.

More foreign companies (aziende straniere) are also using Italian words to seduce and lure the consumer (sedurre il consumatore e attirarlo) to products that evoke the fantasy and genius of Italy—another indication of the links (rapporti) between culture, business, the products of creativity and the language with which they are presented (il linguaggio con cui vengono presentati).

On another linguistic front, a group of scholars under the auspices of the esteemed Accademia della Crusca, the bastion of the Italian language, is targeting new foreign words (nuovi forestierismi) invading civil and social life in Italy. Its goal is to suggest alternatives (suggerire alternative) to communications and policy makers (operatori della comunicazione e ai politici).

The group recently declared its opposition to the term “hot spots” to indicate future centers for the identification of migrants (migranti) entering the European Union. The term is already used with entirely different meanings throughout the world, usually to designate a punto di connessione Wi-Fi (point of Wi-fi connection) or a locale alla moda (trendy or stylish place). “Hot” also pops up in recreational contexts (contesti ludici), including sexual and culinary (sessuali e culinari) ones.

Anglicismo –- English expression or word inserted into Italian (There are similar terms, such as  francesismo, nipponismo and spagnolismo, for words  borrowed from other languages.)