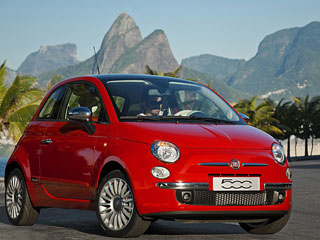 A few years ago, as my husband and I strolled through Massa Marittima on a quiet Sunday, we realized that the stately Tuscan hill town was being invaded -– by the most adorable little automobiles (le più adorabili automobiline) that we’d ever seen.

From every direction variations on the Fiat Cinquecento (500) — which the Italians fondly call “Il Topolino” ("Little Mouse") — spun up the winding roads and filled the main piazza. We had inadvertently stumbled upon un raduno delle 500, a meeting of the Fiat 500 enthusiasts who call themselves “cinquecentisti.” Horns (i clacson) honked. Drivers (i guidatori) waved. And then gli innamorati della 500 (the lovers of the 500) sped off into the countryside in a long colorful line (una fila lunga e colorata).

The Cinquecento, Italy’s iconic answer to the Volkswagen beetle, was introduced in 1957 to meet the demands of the burgeoning post-war market created by “il miracolo” (the Italian boom of the 1950s). With its 27-horsepower rear engine (motore) and fuel-efficient design, the car was hailed as "un capolavoro di economia” (a masterpiece of economy).

Over the years Il Topolino appeared on the big screen in many classic Italian films, including Ladri di Biciclette (Bicycle Thieves) and I soliti ignoti (The Usual Unknowns). More recently a Fiat 500 named Luigi, described as “a free-wheeling Italian,"  revved its way into Disney's animated Cars.

The “Little Mouse” — called “Bambino” in Australia — stole hearts around the world. However, the high-maintenance Cinquecento didn’t win over American buyers, and Fiat stopped distributing the cars in the United States in 1983.

Now that Fiat and Chrysler have joined together in a potentially profitable alliance, the 2012 Fiat 500—hailed by critics as “arguably the cutest small car in the United States”— is taking sull’asfalto Americano (to the American road). Its compact 101-horsepower, four-cylinder engine boasts mileage ratings of 30 mpg in the city and 38 mpg on the highway.

Prices start at $16,000 for a five-speed manual (cambio a cinque marce) and $17,000 for an automatic transmission (cambio automatico). A convertible (decappottabile) will make its American debut by the end of the year.

For more images and information, visit the official English language website. You can read blogs from English-speaking fans here and from Italian cinquecentisti here.

Dianne Hales is the author of LA BELLA LINGUA: My Love Affair with Italian, the World's Most Enchanting Language. A Fiat 500 appears on the cover of the Australian edition: 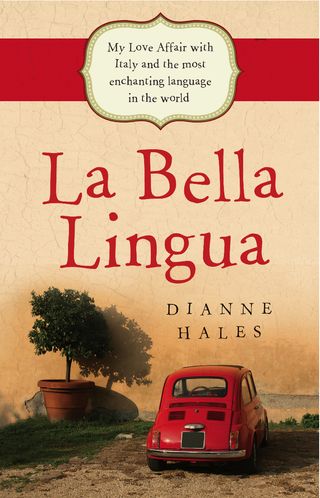 For a virtual prova su strada (test drive) of the new 2012 Cinquecento on the Motor Trends track, click here.