Dustin Hoffman vs. the Italian Language 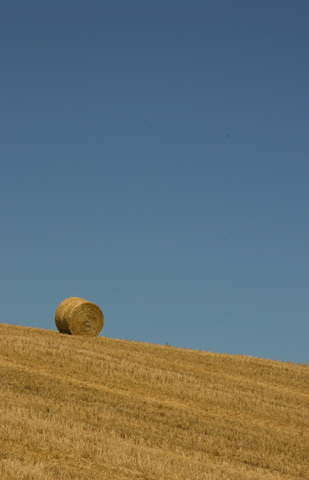 The Oscar-winning actor Dustin Hoffman and I have never had anything in common—until now. We both took on a daunting challenge: reciting one of the great poems of Italian literature, l’Infinito, written by Giacomo Leopardi in 1819 and revered for the beauty of its language.

In the verse, Leopardi describes sitting on a hill, his view of the horizon blocked by a hedge, and imagining spaces without limits. A sense of the eternal and the infinite washes over him. Most Italians know at least a few lines by heart; some can recite the poem in its entirety.

Years ago an Italian teacher had me repeat the lines of “L’Infinito” over and over so I could improve la mia pronuncia (my pronunciation) and catch the rhythm of Italian. I stumbled. I stuttered. I tripped over my tongue. Despite my earnest efforts, I couldn’t mimic her melodious phrasing.  My only comfort was that no one else heard my disastrous debut at Italian poetry-reading. Dustin Hoffman may wish he could say the same.

Leopardi was a native of the Marche, a lush region of craggy mountains and jewel-like cities in central Italy. For reasons that mystify many, its tourist agency hired Hoffman to read Leopardi’s poem for a commercial promoting the Marche. Italian-Americans like Robert di Niro, Al Pacino, or Leonardo di Caprio, as well as Italy’s favorite adopted son, Giorgio Clooney, must not have been available.

In the two-minute spot (which has just been yanked from YouTube), an impassioned Hoffman agonizes over every word and phrase as he paces across a stage and strolls through the stunning countryside. In frustration with himself, he shakes his head. He pounds his fist. He yells, “No! No! No!” At one point he exclaims “nowhere in English!”

Anyone who has ever tried to learn to speak Italian as an adult knows exactly how he feels. But the Italians weren't sympathetic to his brutta pronuncia.

"The commitment is there," a critic wrote in the Milan newspaper Corriere della Sera, but Hoffman's pronunciation "cannot fill up the astronomical distance from the Italian ear." YouTube viewers agreed. "Dustin Hoffman and the Marche go together like the Dalai Lama doing a spot for Las Vegas," one said.

Gian Mario Spacca, the governor of the Marche, sounded as philosophical as the Dalai Lama when he told Corriere della Sera: "The difficulty that Hoffman finds in the recitation could symbolize the more universal one of coming closer to an unknown culture."

Click below to watch Hoffman getting closer to Italy's caffé culture:

You can listen to an impeccable rendition of L'infinito by the great  Italian actor Vittorio Gassman below as you read Leopardi's poem in Italian or English.

that holds so huge a part

of the world’s flung horizon from my view.

But as I sit and gaze,

interminable
spaces beyond that hedge,

a silence more
than all humanity’s

and deepest peace
come conjured into mind u

ntil the heart
is all but daunted.

As I hear the wind
renew its rustle in the foliage,

so
this infinite silence

to that whispered voice
do I compare:

I recollect the Eternal,

the long-dead seasons and the present season
alive, t

he sheer sure sound of it.

And so
in this immensity my thought is drowned:

and shipwreck is a sweet thing on this ocean.