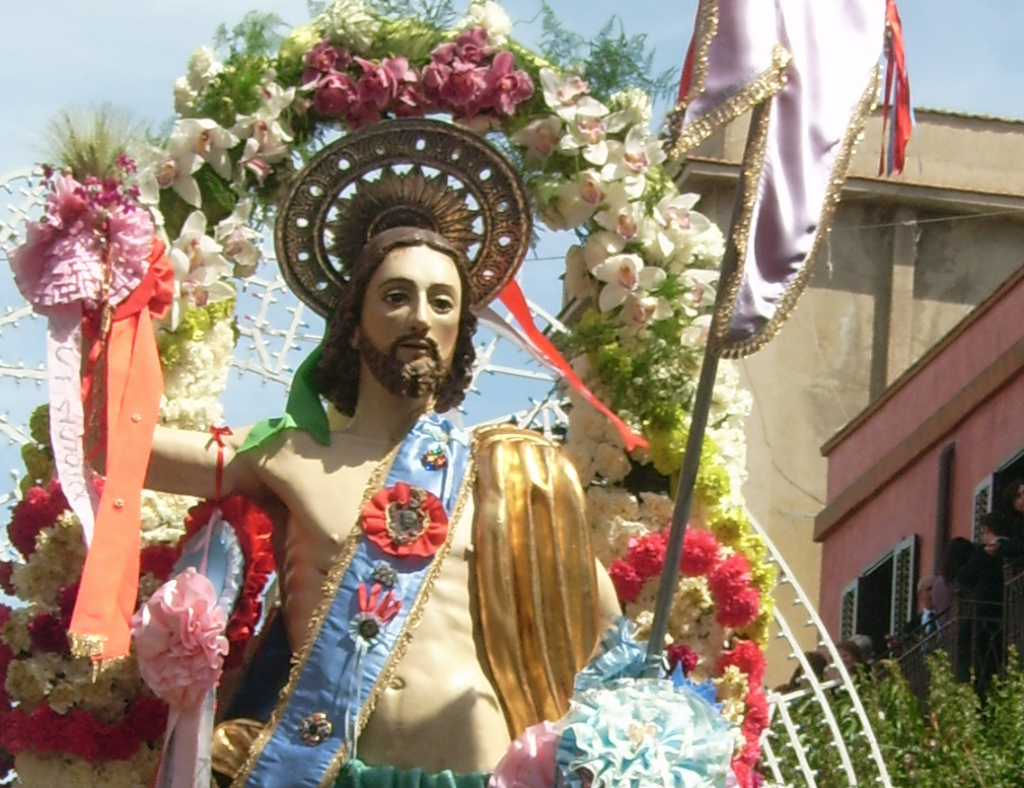 On my first Easter in Rome in the Jubilee year of 2000, I joined the throngs jammed into the massive piazza of St. Peter’s basilica. Pope John Paul II, bent with age, extended Easter greetings in dozens of languages, including Italian. “Buona Pasqua!” the Roman family next to me shouted in return.

Just beginning my Italian studies, I traced the roots of the word Pasqua back to 1342, when it appeared in a reference to the feast commemorating the Jews’ liberation from Egyptian slavery. Lamb or “paschal” blood marked the doors of Hebrew families exiled in Egypt and spared their first-born sons. Somewhere in time Pasqua became synonymous with the Christian celebration of Easter.

During Holy Week (la Settimana Santa), I also learned the Italian names of the days my Catholic family had long celebrated. On la Domenica delle Palme (Palm Sunday), I waved a cross made of palm fronds and joined in the chorus of “Osannas.”

On Giovedì Santo (Holy Thursday) at la Messa dell’Ultima Cena (the Mass of the Last Supper), I watched as a pastor, in a gesture of humility, recreated Christ’s bathing of the feet of the Apostles by washing the feet of twelve parishioners. After the service, the streets of Rome were strangely silent. Church bells would not ring until the Easter vigil Mass on Holy Saturday. A friend recalled her parents explaining that during this somber time, “Tutte le campane volano a Roma.” (All the bells fly to Rome.)

In Rome on the evening of Venerdì Santo (Good Friday) the Pope progressed through le Stazioni della Via Crucis (the Stations of the Cross) in and around the torch-lit Colosseum. As thousands of worshipers clutched candles in the dark, professional actors read dramatic interpretations of the suffering of Christ and of his heartbroken mother — one of the most moving religious experiences I’ve ever had.

After sundown on Sabato Santo (Holy Saturday), the solemn Veglia pasquale (Easter vigil) began with the lighting of il cero pasquale (the Easter candle), which represents the “Light of Christ” (la luce di Cristo), and the renewal of baptismal vows.

On Easter morning, sunrise services throughout Italy celebrated the joy of the resurrection of Christ. Then, with equal exuberance, Italians ended forty days of fasting during Quaresima (Lent) with food — and friends. “Natale con i tuoi, Pasqua con chi vuoi” (Christmas with your family, Easter with whomever you want), according to a popular saying.

This year millions of us, in Italy and around the world, will not be celebrating Easter with family or friends. Yet the shared hope of rebirth that Easter symbolizes can unite us all. Wherever you are, whomever you’re with, may you  hold your loved ones close in your hearts and extend your compassion to all in need. As Christ taught us so long ago, love can and will triumph.