Flirting in the Italian Language 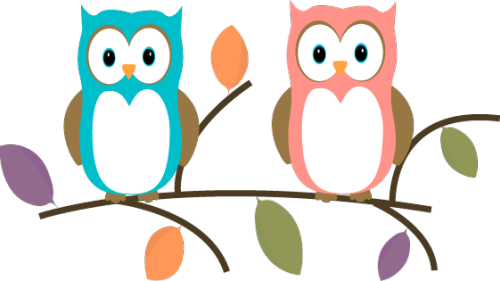 An American novelist writing dialogue for a character quoting his Italian grandmother recently asked a question:  What is the Italian word for flirting?  I replied that there is none, even though flirting has long been Italians’ favorite pastime,

In 1494 the scholar and poet Poliziano used the word “civettare” to describe women who were making like owls (civette), shrewd predators that coo softly to attract birds close enough to grasp them in their claws.  About a century later, in 1597, playwright Giovan Maria Cecchi, author of The Horned Owl,  referred to a civetta as a “una donna fatua e vanitosa che vuol attirare l’attenzione degli uomini"  (a silly, vain woman who wants to attract the attention of men).  Other writers extended “civetteria” to anyone deliberately seeking to attract the admiration of others.

In English anyone who engages in a seductive exchange of glances (giochi di sguardi) falls into the generic category of flirt. In his Dizionario dei sinonimi, an encyclopedic narrative dictionary of Italian synonyms  published in 1864, Nicolò Tommaseo distinguished between a civettino, a precocious boy flattering a pretty woman; a civettone, a boorish lout doing the same; a civettina, an innocent coquette; and a civettuola,a brazen hussy (although my dictionary defines it as merely “flirtatious”). Nowadays Italian say flirtare (from the English), fare il filo (make a thread), tacchinare (hit on someone, act like a turkey), and corteggiare (court with romantic interest).

One of my Italian friends describes the subtle art of corteggiamento as an Olympic sport—if one knows how to corteggiarsi con leggerezza e gioco (woo lightly and playfully). To be a skilled corteggiatore (suitor), a man must be able to abbordare (chat up or approach) a woman, or else he might actually importunare  (annoy) the object of his desire.  Then he would seem to be, not an owl, but a pavone (peacock), a galletto (rooster), a tacchino (turkey) or–far, far worse–a maiale or porco (pig).

Flirts often use the same lines to attaccare discorso (start a conversation with someone to get to know them) in Italy as anywhere else. You may recognize some of these:

“Posso offrirti qualcosa da bere?”  “May I offer you a drink?)

“Non ci siamo già visti prima?”  (Haven’t we seen each other before?)

“Scusa, posso dirti che hai degli occhi stupendi?”  (May I tell you that you have amazing eyes?)

Some Italians are more creative. Here's a straight-from-the-streets example:

“Mi indicheresti la direzione?”  (Can you tell me the way?)

Fare un filo spietato — to flirt openly with someone

Mi piaci da morire –- roughly, I love you to death

Sei irresistibile — I can’t resist you

Hai da fare per i prossimi cent'anni? –- What are you doing for the next hundred years?

Dianne Hales is the author of MONA LISA: A Life Discovered and the New York Times best-selling LA BELLA LINGUA: My Love Affair with Italian, the World's Most Enchanting Language.

Click below for una canzone sul tema (a song on this theme):