“Making It” in the Italian Language 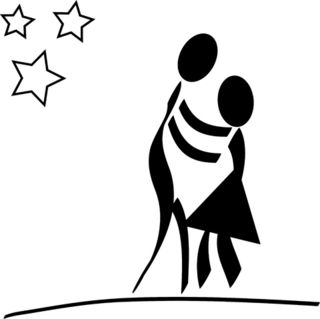 to make or do

English speakers are always “getting.” We get up, get going, get angry, get tired, get fat, get hired, get fired, get groceries, get dinner, get dumped, get lost, and get over it.  Italians are always "making" (the verb fare, pronounced fah-reh).  They make questions (fare domande), make a job (fare un lavoro), make a shower (fare la doccia), make a party (fare una festa), or make a walk (fare una passeggiata). Because Italians strive always to fare bella figura (make the best possible impression), they like to farsi bello (make themselves look good or spruce up). Women “make their hair” (farsi i capelli)  while men “make their beards” (farsi la barba) or shave.

“Chi fa da se fa per tre,”  a busy woman once told me. This phrase–literally “who does for himself does for three”–translates figuratively as “If you want something done, do it yourself.” And so in Italy I like to spend an entire day “making.”

Italians also “make” their careers.  A physician fa il medico (works as a doctor); a lawyer fa l’avvocato; a teacher fa l’insegnante; an actor fa l’attore.  But anyone can farla da gran signore (act like a nobleman), fare l’eroe  (be the hero), darsi da fare in cucina (make a meal), or fare finta (make false or pretend).

After World War II many Italians, smitten by American pop culture and fashion, wanted nothing more than “fare l’americano"  (dance to rock and roll, play baseball, drink whiskey and soda)—the subject of a famous Neapolitan song  “Tu vuo’ fa’ Americano” from the 1950s.  This scene from It Happened in Naples offers the extra treat of la splendida Sophia Loren dancing and singing (in English) while Clark Gable speaks fluent Italian. No wonder the movie became all the rage (far furore).

falla finita! — cut it out!
farsi animo, farsi coraggio –(make spirit or courage) be strong,  stay strong
Non fa nulla! — Never mind!
Tra il dire e il fare c’è di mezzo il mare — (Between saying and doing there is the middle of the sea) "Easier said than done."
Chi la fa, l’aspetti — (He who makes it, or wrongs someone, has to expect the same in return.)  "What goes around, comes around."