The Art of Being Clever in the Italian Language 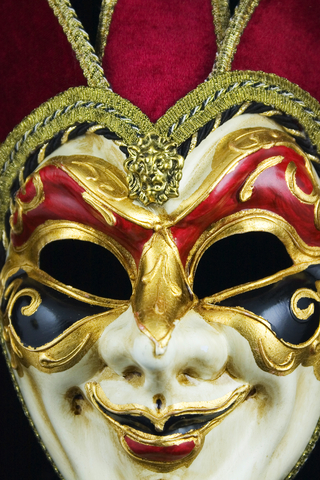 Only after years of visiting Italy did I realize that Italians admire rather than disdain a furbo, someone who can pull off a clever deception. “Che furbetto!” a young mother exclaimed rather proudly when her son shifted the blame for a childish prank to his little brother.

An impressed friend recounted how a shrewd furbacchione had
obtained a coveted building permit for a rectangular, cement-lined hole
in his backyard by describing it, not as a swimming pool (prohibited by
law), but as a storage vat for water that local firefighters might need
to douse a blaze. A more deceitful furbastro would somehow manage to make money in the process, while a wheeler-dealer furbone would go after big profits by negotiating permits for an entire village.

The furbo
holds a prominent place in Italian history. Although best known as a
seducer, Giovanni Giacomo Casanova (1725-1798) swindled his way to (and
through) several fortunes. The self-declared Count of Cagliostro
(1743-1795), a Sicilian street urchin, conned gullible souls across
Europe with magical elixirs for youth and potency, mystical spells and
skillful forgeries.

The Fascist dictator Benito Mussolini
(1883-1945) hoodwinked Hitler himself. When the Fuhrer visited Rome in
May, 1938, Il Duce proudly displayed a prosperous imperial city. But
its walls of gleaming travertine marble were nothing more than painted
stage sets. The poet Trilussa wrote a famous epigram in Roman dialect
on the occasion:

My husband, transformed from Bob to Roberto in Italy, cannot resist a linguistic version of furbizia
by casually dropping well-rehearsed Italian witticisms into
conversations as if he were fluent. Italian acquaintances invariably
applaud Professor Roberto for his cleverness.

However, some furbizia also lurks in my soul. The very first aphorism I taught Bob—and encouraged him to say on every occasion—was, Mia moglie ha sempre ragione. My wife is always right.

Per conoscere un furbo, ci vuole un furbo e mezzo — to know a trickster, it takes a trickster and a half (roughly, it takes one to know one)

An Italian friend recalls a childhood rhyme her friends would recite while rhythmically bouncing a ball against a wall: