“G” Is for Giocare in the Italian Language 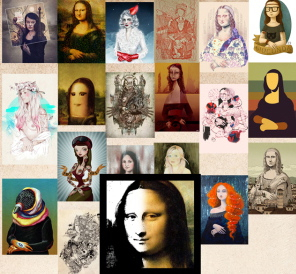 Whether it’s a partita di calcio (soccer match) or a gioco da tavola (board game), play is serious business in Italy. In many ways, Italians taught the world to giocare –- whether at games, cards, or sports.

The ancient Romans scuffed lines in the dirt and used pebbles to play variations of filetto, a game still popular with Italian youngsters. Modern tennis dates back to palla eh! or pallaeh! (for “ball” and the sound made before a serve), a game first played in medieval Tuscan towns and continued in local tournaments to this day. Calcio dates back to Renaissance Florence, where a chronicler described its precursor as a no-holds-barred game "played more with the fists than the feet."

Card-players have been refining tactics for fast-paced games like Scopa and Briscola (played daily on Italian piazze) for centuries. Tombola, a Bingo-like game that families play at Christmas, is steeped in regional traditions, such as using fagioli (beans) for markers. But Italians play in other ways as well.

A giocherellone (lover of jokes and game) may giocherellare (fiddle or play) with others’ feelings or enjoy giocare d’astuzia (playing a cunning mindgame). Some people may giocarsi il tutto per tutto (play everything for everything and go for broke) or giocarsi la reputazione (stake their reputation) on a contest or competition.

Others may be tempted to giocarsi della buona fede altrui (take advantage of someone’s good faith). In certain circumstances, the best you can do is try to fare buon viso a cattivo gioco (put a good face on a bad play or make the best of a bad thing).

One of the words derived from giocare is giocondo, defined in the 13th century as chi mostra gioia ed allegrezza (one who displays joy and cheerfulness). This nickname attached itself to a jovial barrelmaker in medieval Florence, who passed it on to his descendants. His great grandson Francisco del Giocondo, a prosperous silk merchant, married a lovely Florentine named Lisa Gherardini, immortalized in Leonardo da Vinci’s painting.

As I learned in researching Mona Lisa: A Life Discovered, Italians call the portrait La Gioconda — a gioco di parole (play on words) that describes both the merchant’s wife and a happy or playful woman. Certainly no other painting has inspired such an impulse to play with an image.

La Gioconda has been endlessly copied, caricatured, cannibalized, spoofed, and satirized. This month a London gallery features variations (above) on the Mona Lisa created for the Giocondo Project by 181 painters from 51 countries.

For some of the artists, creating their own Mona Lisa may have been un gioco da ragazzi (child’s play, or easy-peasy). But, as you can see in the video below, all seem to have enjoyed the chance to giocare con La Gioconda.

avere un buon gioco –- to have a good possibility of succeeding

Click below to see the images of La Gioconda on exhibit in London's W3 Gallery.