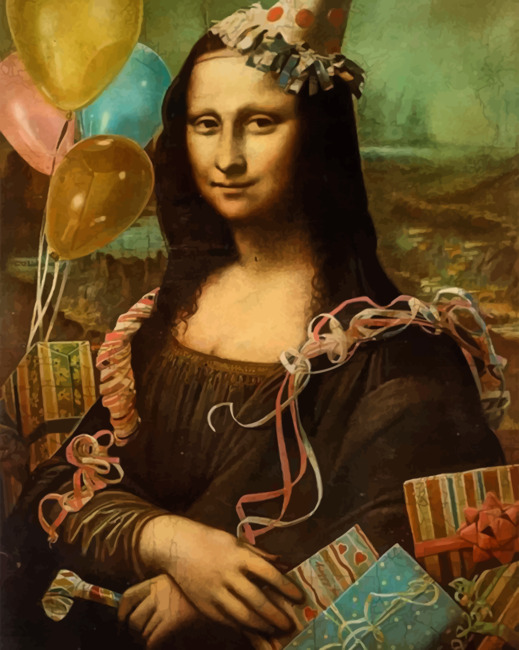 My quest for the real Mona Lisa began years ago in Florence when I was doing research for LA BELLA LINGUA. An art historian who befriended me casually mentioned during a dinner at her home that the mother of La Gioconda, as Italians call Leonardo da Vinci’s portrait, grew up in the very same building on Via Ghibellina. I then came across newspaper reports about the discovery of documents from Mona Lisa’s family-–the Gherardini–-by an archival sleuth named Giuseppe Pallanti. When we met on a rooftop terrace overlooking Lisa’s childhood neighborhood, he marked an “X” on a tourist map to indicate the street  where she was born. The moment I ventured onto squalid Via Sguazza, the journalist in me sensed a story just waiting to be told.

It began on a mid-June day in 1479, when a midwife—called a levatrice for her “lifting” (levare) of a baby into the light — gently washed the newborn daughter of Antonmaria and Lucrezia Gherardini with warm white wine and swaddled her tightly in linen. Only her pink rosebud face peeked out from her wrappings when her father took the priceless bundle in his arms.

Thirty-five-year-old Antonmaria Gherardini had great reason to exult in his daughter’s birth: His first two wives had died in childbirth, a grim fate that befell one in four Florentine mothers. The new father led a high-spirited crowd of friends, relatives and neighbors from the humble converted wool shop he rented across the Ponte Vecchio to the Battisero di San Giovanni (Baptistry of St. John).

Florentine Catholics baptized all newborns at the Baptistery by law until well into the twentieth century.⁠ Antonmaria Gherardini’s newborn daughter could not enter its hallowed interior with an uncleansed soul. On the entrance steps a priest exhorted any unclean spirits to flee and the Holy Spirit to come in their stead. Her godparents, bound to her almost as closely as blood relatives, pronounced the infant’s second or middle name: Camilla.

The Gherardini party entered the vast open hall, its celestial ceiling, a huge Italo-Byzantine image of Christ, shimmering above them. At the octagonal marble font, the priest sprinkled holy water on the baby. When asked how the child would be called, her godparents intoned her first name, “Lisa,” a tribute to Antonmaria’s mother, who had died a few years before.

No one who witnessed her baptism could have imagined that baby Lisa would someday inspire a portrait that would become the world’s most famous painting. More than five centuries after her birth, she continues to fascinate us. Buon compleanno, Lisa!

Adapted from MONA LISA: A Life Discovered. My other books include LA BELLA LINGUA: My Love Affair with Italian, the World’s Most Enchanting Language and LA PASSIONE: How Italy Seduced the World.  You can download my most recent book, “A” Is for Amore, for free at diannehales.com.