How to Sound More Italian in the Italian Language 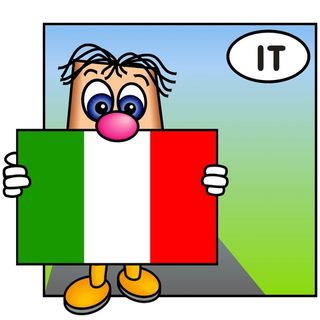 Italian has an alternative to the standard trio of yes, no and maybe (si, no e forse): boh! I’ve never seen it in a dictionary, but I heard it everywhere in Florence, often in response to what I thought was a straightforward question. Yet when I tried dropping a “boh” into a casual conversation, an American living in Italy suggested that I probably meant “beh.”

“Boh” and “beh” are just two of the untranslatable words that make the Italian of native speakers such a zesty, mouth-watering linguistic sauce. By comparison, my Italian seems as bland as stewed tomatoes. The best way to spice it up, my Italian friends advise, is with some of these only-in=Italian expressions:

2. Allora!  This word serves as a way to grab someone’s attention or prompt a response or reaction, as in “Allora, che fai?” (Hey, what are you doing?) or “Allora, andiamo!” (Well, let’s get going!).

3. Beh! (or Be’!). Just like “well," "then," "so" or "the fact is,” beh reinforces a sense of reluctance or hesitation in expressing a different opinion. If you comment that Angelina Jolie is a terrific actress, an Italian might say, “Beh, è senz’altro bellissima, ma a me non sembra mica così brava” (Well, she’s certainly beautiful, but to me she doesn’t seem all that good).

4. Boh! (or Bo!). More or less the equivalent of “who knows," "no idea" or "dunno," boh can express indifference, doubt, confusion, disbelief, scorn or contempt, depending on the situation and the intonation.

5. Dunque. At the beginning of a sentence, dunque serves as a way of buying time and filling the silence when you don’t know what to say or need a moment to collect your thoughts. However, in a phrase like “Penso, dunque sono” (I think, therefore I am), it takes on a completely different meaning.

6. Già. As an adverb, già means "already," "once" or "formerly."  As an exclamation, “Già!” takes on the energy of “Yes, of course!” Tone down the enthusiasm, and it can express disappointment, irony or distance. Ask an Italian if he’s heard the latest news about the economy, and he may wearily declare, “Già.”

7. Infatti. This sounds like “in fact” and means the same, as in "Marco ama Sabina alla follia, infatti, proprio ieri, le ha chiesto di sposarlo." (Marco loves Sabina like crazy; in fact, just yesterday he asked her to marry him.)

8. Insomma! “Insomma, basta! Smettetela di urlare!” I’ve heard exasperated mothers snap. "Enough already! Stop screaming!"  In addition to irritation or impatience, insomma serves as a laconic reply to something you don’t agree with or like. If you ask a friend if he had a good time at his brother’s party and he responds, “Insomma…” he's telling you, “Not really.”

9. Mah! This singular syllable gives voice to doubt, uncertainty, disapproval, disbelief or perplexity. Use it when you might say "we’ll see" or "I’m not sure about that."

10. Mica. This adverb generally means “not at all” or “not in the least,” as in “Questa pizza non è mica male!” (This pizza is not bad at all!). If you’re asking a question, perhaps about some lost keys, you might use mica in another sense: “Hai mica visto le mie chiavi?” (Have you by any chance seen my keys?)

Do all these expressions make you feel uncomfortable, irritated or impatient? Well, just say “Phooey!” the way an Italian might: Uffa!

← Inside Italy's Convents, Monasteries and Abbeys Tips from Teachers and Students for Learning the Italian Language →
FOLLOW BY RSS