A Year of Italian Language and Culture: Italian Dialects 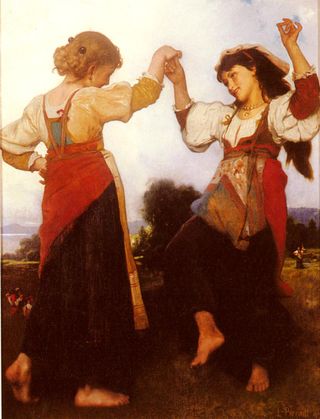 I dialetti
The dialects

For centuries the Italian peninsula was a patchwork of hundreds of dialects, often as different from one another as French from Spanish or English from Italian. Sailors from Genoa couldn’t understand—or be understood by—merchants from Venice or farmers from Friuli.  Florentines living in il centro, the historic heart of the city, couldn’t speak the dialect of San Frediano, my favorite neighborhood, on the other side of the Arno.

A thousand years ago Italian Jews fashioned a dialect of their own
mixed with Hebrew, now called Italkian, which is still spoken by about
four thousand natives. A Venetian translated Shakespeare’s plays into
his dialect because he felt that Italian was insufficient to transmit
their emotional complexity.

A few dialects are relatively similar to the national language, but others—such as Piemontese, Neapolitan, and Sicilian—are distinct enough to qualify as separate languages. Consider one example: A  “head” is testa in Italian; co’ in Lombard; teta in Piedmontese; capoccia in Romanesco; coccia in Molisan; capa in Neopolitan; chepa in Lucanian; and conca in Sardinian.

When Italy became a unified nation in 1861, more than 90 percent of its new citizems spoke only or predominantly in dialect. For generations most  Italians were—and to some extent still are—bilingual, speaking a local dialect with family and friends and the “italiano standard”  learned at school in public. Despite the fascist regime's ban on their use, dialects—like traditional regional folk dances such as the tarantella—have survived.

Today, according to Italy’s national statistics bureau, 55 percent of  Italians still use  dialect some or most of the time when they are with family and friends. A quarter use dialect even when speaking to strangers. And so, depending on where you are in Italy, you might sit on a sedia,
seggiola, or seggia; blow your nose into a fazzoletto, pezzuolo, or
moccichino; and wear calzini, calzette, calze, calzettoni, calzettini,
or pedalini with your shoes.

Bambino  may be the proper Italian word for a small child, but a “kid”   remains  a bimbo in Florence, a cittino in  Siena, a puteo in Venice, a figgeu in Savona (Liguria), a  burdel  in  Romagna, a frut in Friuli, and a quatraro in some southern dialects. Whatever  they are called, Italian kids are cherished by their mothers. As a well-known Neapolitan saying puts it, “ogni scarrafon' è bello a mammà soja."  “Every cockroach is beautiful in its mother’s eyes."

Tirrem innanz –- Milanese dialect for continuing onward despite difficulty, not giving up even though it’s hard.