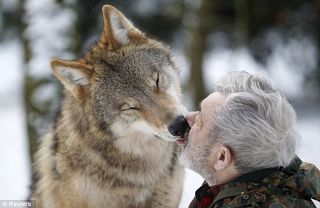 In our continuing series of posts, Riccardo Cristiani, the head Italian teacher at Dante Learning, notes that animals have been at the center of Italian rural life for centuries and, of course, have a place in popular culture as well.

At the beginning of Dante’s Divina Commedia, the poet describes three wild and scary animals blocking his quest to get to the sunlight: a she-wolf, a lion and a lonza (a lynx or a leopard). They represent three sins — greed, pride and fraudulence — and were the symbols of the decadence of Firenze, beloved and hated by Dante, beautiful but corrupt. Some 700 years later, all Italian students learn what the three animals represent, maybe because they are still alive.

Here are some of Italian’s fun idioms that compare people and animals, virtues and defects:

Italians believe that saying “buona fortuna” (good luck) is sometimes inappropriate and  may even bring bad luck. For example, never say "buona fortuna" to fellow students before an exam!

The alternative is “in bocca al lupo" – literally. in the wolf’s mouth. And the response is "Crepi!" (It shall die!) The English equivalent: Break a leg!

This one comes from an old riddle. A man has to cross a river with a wolf, a goat and a head of cabbage. The boat has only one other seat so the man cannot leave the goat and the wolf or the goat and the cabbage together. There are situations in life when you must save the goat and cabbage (capra e cavoli) —that is, make a decision.

This means to cut off the bull’s head—or settle things once and for all. The tradition of killing a bull and cutting off its head dates back to around 1100 when the pope saved the lives of people in Aquileia by asking its enemy Venice to kill a bull instead of the townspeople to settle a dispute.

Someone with no “crickets around his head” doesn't have strange ideas or habits.

An old hen makes good stock, meaning that in some cases experience is absolutely necessary for getting things done. This expression also can be used ironically to say that mature women — old hens — are better that “chicks”!

We’ve almost made it. We are riding a horse now, so we’ll get to our destination and accomplish an objective faster and safely.

Are you a cicada or an ant? Do you work hard and save for the future like an ant or do you burn everything in a week and die like a cicada?

Depending on the situation, you can spit out or swallow the toad.  “Sputa il rospo!” (spit it out) means confess and get rid of this horrible thing you have inside. Swallowing the toad, ingoiare il rospo, means to accept something unacceptable by suffering in silence.

Catching two pigeons with a fava bean  is exactly like killing two birds with one stone in English.

He put a flea in my ear or made me think about something I didn’t care about before — and now I have doubts.

I hope this post about idioms and animals was useful. Please keep visiting Dianne’s blog for more.

Dante-Learning is an online Italian language school based in Milan and Tokyo, with students from many countries, including the U.S., Canada, Australia and Japan.

Dianne Hales is the author of MONA LISA: A Life Discovered and LA BELLA LINGUA: My Love Affair with Italian, the World's Most Enchanting Language.  Click here to read her other blog, "Discovering Mona Lisa."

← Italian Phrases You Won't Learn in Class: Ne vale la pena For Love of the Italian Language: Seize the Day! →
FOLLOW BY RSS