Weighing and Measuring in the Italian Language 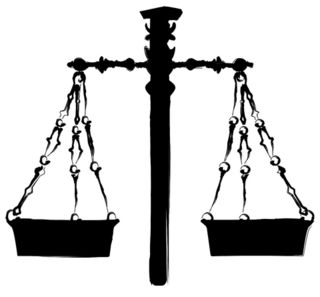 When I weigh myself in Italy, even after third helpings of tiramisù, I look at the double digits indicating kilograms and feel magra (thin). Everywhere else, from the supermarket to the gas station, I’m stumped by Italians' ways of weighing.

Italy, like most of world, uses the sistema metrico decimale (decimal metric system), which is much simpler than that used in the paesi anglosassoni (Anglosaxon countries): You just multiply or divide by 10, 100, or 1000 — which is much quicker than multiplying or dividing by 12 or by three. However, even a simpler system can be disorienting (disorientare, creare confusione) if you’re not familiar with it.

Fruit and vegetables are sold in "chilogrammi" (kilograms) or simply "chili" (pronounced keel-ee). "Mi dia un chilo di mele per favore," you’d say. (Give me a chilo of apples.) A chilo is a little more than two libbre (pounds) and is divided into ten etti (one etto is about three ounces). If you want to buy some prosciutto, you would say, “Vorrei un etto (o due etti) di prosciutto.” (I’d like an etto—or two etti—of prosciutto.)

A chilo is divided into a thousand grams or grammi, una misura piccolissima (a very tiny measure). If you go to a goldsmith’s (dall'orefice) to buy something, the weight dell’oro (of the gold) would be expressed in grammi.

The basic measure di lunghezza (of distance) is il metro (the meter), which is a little more than a yard. A meter is divided by 100 centimeters. A thousand meters make un chilometro (a kilometer), which is used to indicate le distanze (the distances) — say, between two cities. Un miglio (a mile) is about 1600 meters, more than one and a half a kilometer. Milan and Rome are about 600 chilometri or 380 miglia from each other.

If you want to buy milk or gasoline, the measure to use is il litro (the liter). It takes 3,78 litri to make a gallon. (Attention: Italian uses la virgola–the comma– in numbers where the United States uses il punto—the period.) With gas, it’s easy to get around this problem in two different ways: You can ask for “il pieno” (a full tank) or you can buy whatever quantity corresponds to the amount of money you want to spend. For instance, you might ask for 20 euro di benzina (20 euro worth of gasoline).

You may be tempted to try, as I have,  to translate the unknown measurements into familiar ones. A better option: imparare le misure del luogo (learning the measures of the place). If you do, you will feel a sense of satisfaction that is fuor di misura (beyond measure).

Vendere a peso — to sell by weight

Il peso degli anni — the weight of the years

Avere due pesi e due misure —  to have two weights and two measures, to be unfair

Dianne Hales is the author of MONA LISA: A Life Discovered and the New York Times best-selling La Bella Lingua: My Love Affair with Italian, the World's Most Enchanting Language.

However many kilometers or miles you travel every day, here is a song to keep you company along the way: