Italy by the Numbers 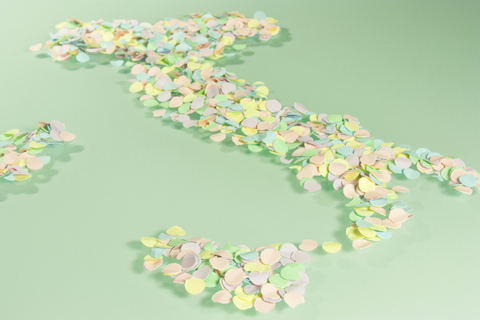 A Statistical Snapshot of Italy

Statistics can never capture the soul of a nation, but a recent report provides an intriguing glimpse into Italy as a country of singles (un paese di single) as well as one of the oldest nations in the world (una delle nazioni più vecchie al mondo), with a declining birth rate but increases in marriages (matrimoni) and divorces (divorzi).

Here are some of the key findings from the l'annuario Istat 2017, the most recent report of Italy’s Institute of Statistics:

Over the last twenty years, the average number of people in an Italian household has fallen from 2.7 to 2.4. Single-person households (le famiglie composte da una sola persona) now make up more than thirty percent of Italian families.

Births continue to fall, with 12,342 fewer babies born than the previous year. Mothers now average 1.35 children per woman (figli per donna). Italy is in sixth place (al sesto posto) for lowest fertility in Europe. Portugal is at the bottom with 1.21 children per woman, while France, with 1.96 children per woman, ranks as the most fertile country in Europe. Life expectancy at birth (l’aspettativa di vita alla nascita) is 80.6 years for men and 85.1 years for women.

On a scale of 0 to 10 (su una scala da 0 a 10), Italians rate their overall satisfaction at an average of 7. They are generally very satisfied with their relations with family and friends (le proprie relazioni con familiari e amici) but less satisfied with their economic situation (la situazione economica).

Foreign residents (residenti stranieri) total 5,047,028, 8.3 percent of the total population. The majority of foreigners residing in Italy (30.5 percent) are from the European Union (EU), followed by those from Central and Eastern Europe (21.0 percent) and North Africa (12.9 percent).

About a quarter of Italians reported a physical activity (un'attività fisica), such as walking for at least two kilometers, swimming or cycling (come fare passeggiate per almeno due chilometri, nuotare o andare in bicicletta). Almost 40 percent do not participate in a sport or engage in a physical activity in their free time. A higher percentage of women (43.4 percent) than men (34.8 percent) describe themselves as sedentary (sedentarie).

Indagare –- do research into