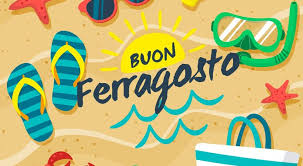 The Roman emperor Augustus (63 BC-AD 14) so enjoyed late summer that he claimed the month we now call by his name. Yet Caesar’s grandnephew, adopted son and chief heir, born Gaius Octavius, seemed an unlikely candidate for any claim to glory.

After his great uncle’s assassination in 44 BC, Octavius emerged as co-ruler with Caesar’s  loyal lieutenant Mark Antony.  When Antony left to rule over Rome’s distant provinces, he fell under the spell of Egypt’s queen Cleopatra, who would bear three of his children. During his years on the Nile, Antony seemed to forget he had half an empire to rule—and a formidable young rival watching and waiting in Rome.

When Octavius revealed Antony’s plan to give conquered territories as kingdoms to his sons with Cleopatra, the Roman plebes turned against him. In 32 BC, the Senate declared war on Egypt. After a series of naval battles and sieges, Octavius defeated the combined forces of Antony and Cleopatra in 30 BC. Antony threw himself on his sword; Cleopatra also took her own life.

Many doubted if young Octavius could hold on to power. He proved them wrong, ruling longer and bringing Rome greater glory than any of its emperors. This seemed his destiny—especially when the Senate, three years after Caesar’s assassination, took an unheard-of step and declared the deceased ruler a god.

As a descendant of divinity and the “first among citizens,” Octavian proved a shrewd and often ruthless leader, who adroitly eliminated enemies, bolstered alliances and wove together a fragile coalition. In 27 BC, he restored the Republic—but only in name. Rather than calling himself “Caesar,” he accepted the title “Augustus” for his role as a mediator between mere mortals and his godly peers.   At the end of his life, the mortal “god” reminded Romans that he had “found a city of brick and left behind a city of marble.”

Every year Augustus delighted in a month-long celebration of summer called the feriae augustus, which included games, races and rituals to honor the goddess Diana.  The summer celebration of Ferragosto on August 15—as festive as America’s Memorial Day, 4th of July and Labor Day rolled into one—has continued through all the centuries since.

With the rise of Christianity, August 15 became a religious holiday commemorating the Assumption, or lifting into heaven, of Mary, the mother of Jesus. Various communities developed special ways of honoring the Madonna. In the town of Sassari men carrying elaborately decorated wood columns danced through the streets. Messina’s townspeople constructed La Vara, a fantastic sixty-foot-high pyramid from which stars, clouds and figures of saints dangled. In the Renaissance, Rome’s governors flooded the Piazza Navona for festivities that included fake fish splashing in the water and young boys diving for coins. As darkness fell, candles and torches glistened as Romans enjoyed lavish dinners called sabatine (little Saturday feasts).

Ferragosto has traditionally marked the height of summer revelry.   This year is different. Italian friends say they aren’t traveling as far or staying on vacation as long. But even in these uncertain and trying times, they are celebrating the fullness of summer. Our hearts and thoughts are with them as we look forward to the days when we might again bask in the sun and dance under the stars together.