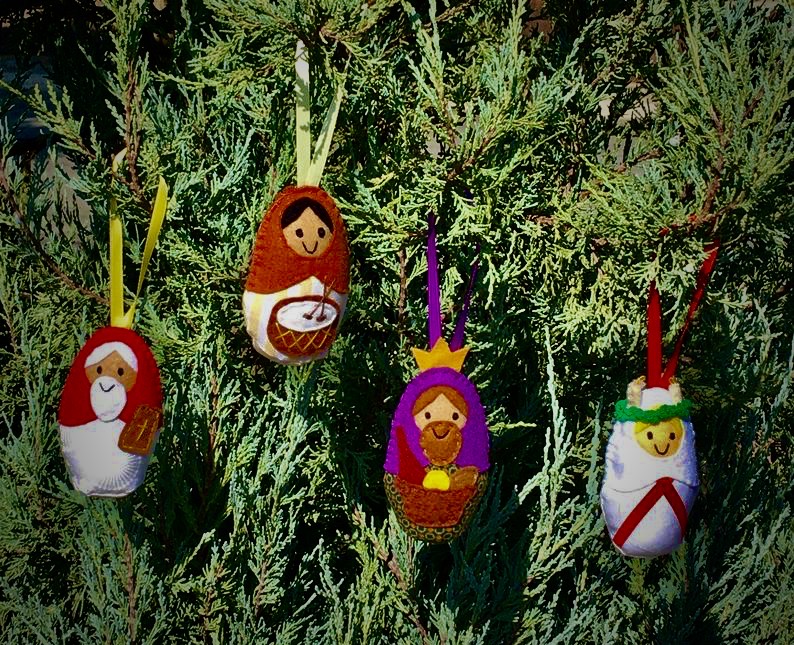 Italy’s Christmas season begins with the celebration of San Nicola on December 6 and Santa Lucia on December 13.

The son of a wealthy Christian family,  Nicola grew up in a Greek-speaking colony of the Roman Empire, now part of Turkey, and became bishop of the city of Myra. In addition to saving a sailor from drowning during a voyage to Egypt, Nicola also reportedly restored three murdered children to life. And so he became the patron saint of sailors and of children.

In the most famous legend about the saint, an impoverished man in his diocese could not afford dowries for his three daughters, which meant they would never find husbands. With no money to feed and clothe the girls, the desperate father was planning to sell them into prostitution. On three separate occasions, Nicola, who had inherited a fortune, tossed a sack of gold down the family’s chimney. The coins landed in socks and shoes left to dry by the fire, inspiring a Christmas Eve tradition. As word of his generosity spread, every anonymous gift was attributed to the kindly bishop.

Lucia, whose name derives from the Latin lux or lucis for light, lived in the Sicilian city of Syracuse in the third century. The saintly virgin would wear a wreath of candles as she carried food to Christians hiding in underground tunnels. When a suitor claimed to be captivated by her eyes, Lucia was said to pluck them out and have them sent to him on a platter. In another account, she was blinded and miraculously cured.

Denounced as a Christian, Lucia was ordered to work in a brothel by Roman authorities. She refused to go, and nothing—not even a fire set under her feet—could get her to budge. One of her persecutors stabbed her in the throat and killed her.

Lucia gained greater fame in 1582, when famine struck Syracuse. On December 13 a boat filled with grain appeared in the harbor. Rather than processing the grain into flour, the starving people simply boiled and ate it. Sicilians honor the memory of St. Lucia by lighting bonfires and abstaining from anything made of wheat flour on her feast day.

The patron saint of sight, Lucia is often portrayed holding a plate with a pair of eyeballs on it. As a way of tasting the enlightenment St. Lucia brings, Italians eat “gli occhi di Santa Lucia” (the eyes of St. Lucia), usually made from bread or biscotti. In some regions of Italy,  children  write a letter for Lucia and leave it on the windowsill, with a cup of hot milk for her and hay for the donkey.