Italy’s Days of Wine and Olives 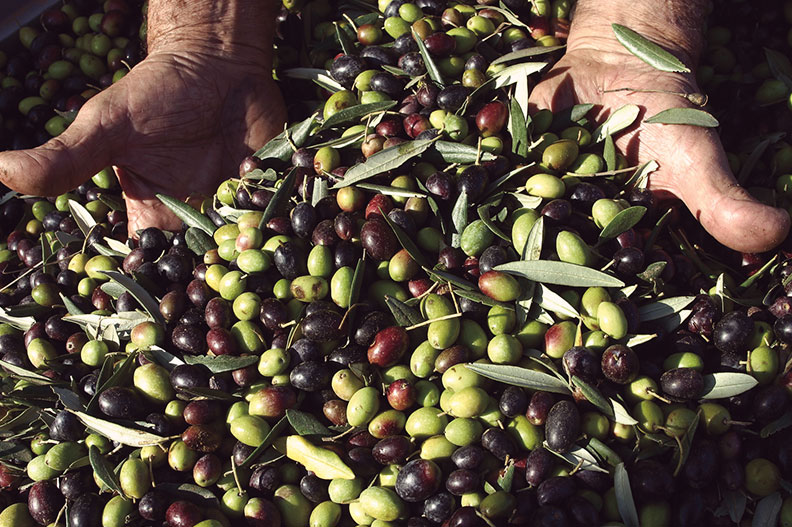 The warm days of early November –- known as Indian summer in the United States –- are called l’estate di San Martino (the summer of St. Martin) in Italy. Wine producers celebrate the saint’s feast on November 11 by uncorking the vino novello (new wine) from the recent vendemmia (grape harvest) and getting the first preview of the year’s vintage. As an Italian saying puts it, “Per San Martino, cadono le foglie e si spilla il vino.” (For St. Martin, the leaves fall, and the wine is tapped.)

In Italy, one of the world’s top producers of olive oil, November  is  also the time of the raccolta delle olive (olive harvest). To Italians, the olive (l’oliva) is far more than a crop.

According to an ancient legend, the gods Athena and Poseidon once argued over who would rule the city of Attica in Greece. Zeus, the father of the gods, declared that the new ruler would be the one who could present him with a discovery that would most benefit mankind. Athena commanded Mother Earth to grow a new tree whose fruit would have almost magical powers. Upon beholding the albero d’olivo or ulivo (olive tree), Zeus pronounced Athena the winner.

The olive became revered as a symbol of life and fertility, and olive groves spread throughout the Mediterranean. In the time of the Roman empire, the olive market offered no fewer than 15 varieties of olives. Gladiators would rub their torsos with olive oil (olio d’oliva) before entering the arena.

Many olive trees withered in the Dark Ages following the fall of Rome, but the Catholic Church, which made the olive branch a symbol of peace and used olive oil in sacred rites, helped preserve this natural resource. In monasteries throughout the peninsula, monks continued to cultivate olive trees and to experiment with various uses of their fruit. Olive oil, they found, soothed itchy rashes, relieved headaches and stomach pain, and alleviated ear infections. Chewing olive leaves strengthened the gums and kept teeth white. In the Renaissance, the influential de’ Medici family promoted the cultivation of olives around Florence, while olive groves spread to other regions, including those around Siena, Arezzo, Pistoia, and Lucca.

Others may think of olives as simply black or green, but Italians recognize and appreciate regional varieties, such as moraiolo (a Tuscan olive that produces a fruity oil with an intense flavor), leccino (which produces an extremely mild, golden-yellow oil with a delicate almond flavor), frantoio (which yields a fruity green oil that is not aggressively olive-y), and taggiasca (a Ligurian olive that produces small fruit and a light aromatic oil).

Although Italians use olive oil in almost every type of dish, the elixir of the Mediterranean dazzles even in a simple salad–if you know how to mix one properly. Here is some classic Italian advice: Find un prodigo (a spendthrift) to pour the oil, un avaro (miser) to add the vinegar, un saggio (a wise man) to add the salt, and un pazzo (a crazy man) to mix them all together.