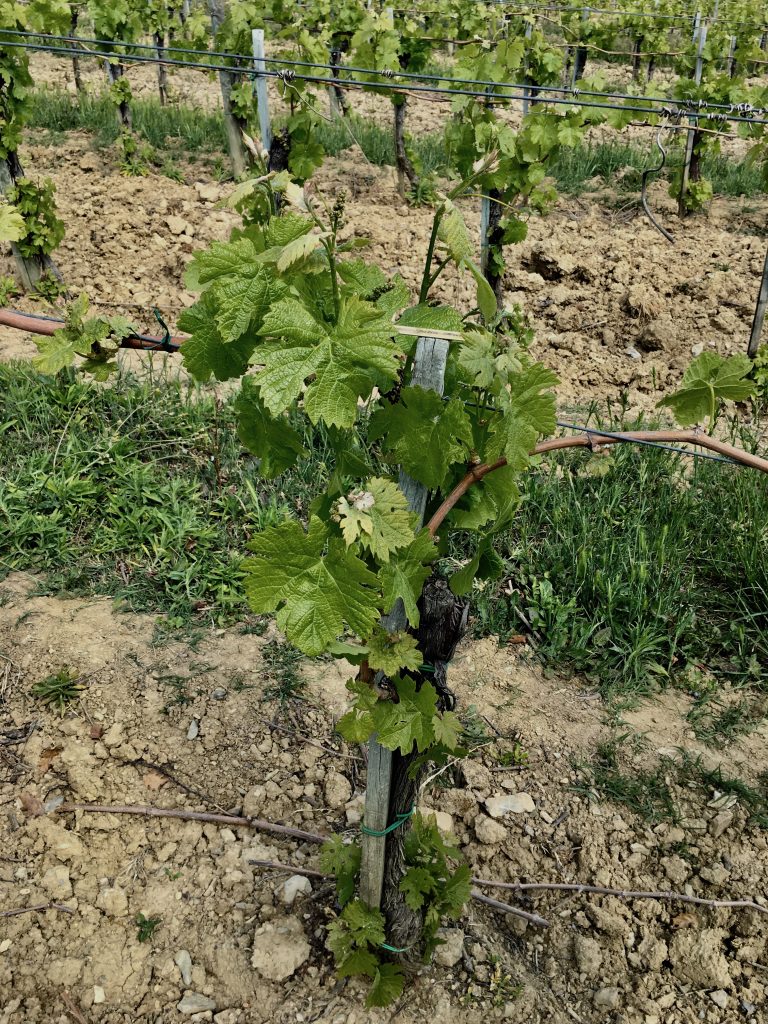 My husband and I own a vine in Umbria. Not a vineyard, but a single vine (row 11, number 18), in Vigna Lorenzo at  Monte Vibiano Vecchio.

Since centuries before the birth of Christ, grapes have grown in this field, sheltered from harsh winds, its soil rich and its air pure. As we perch on sun-warmed stones overlooking rows of vines in stately formation, Maria Camilla Fasola Bologna, whose family has lived in the hilltop castello for more than a hundred years, tells me its story.

More than two thousand years ago, a young widow named Vubia and her two sons cultivated grapes on this hill. In 218 BC, the fearsome Carthaginian general Hannibal crossed the Alps into Italy and pushed south, destroying everything in his path. Rome’s legions, marching north to confront the invaders, conscripted every male who could fight. Vubia’s teenage sons were forced into service.

At nearby  Lake Trasimeno, Hannibal’s troops charged out of the fog in a surprise attack, pushing the Roman forces into the water. Within hours, thousands of men died—some drowning in their heavy armor, some wounded in hand-to-hand combat. The water of the lake turned red with their blood.

When she heard the terrible news, Vubia ran to her vineyard to pray to Bacchus, the god of wine, vines, and those who tend them. “If you bring back my children,” she pleaded, “I promise to give you the other precious thing that I have, which is the wine from these grapes. I will never sell it again. It will go only to your temple.”

For long days and nights, Vubia prayed. Then, on the little road that survives to this day, she saw two figures. Even at a distance she recognized her sons—bloody, dirty, tired, hungry, but alive. She rushed to fold them in her arms. Vubia kept her vow to Bacchus, built a protective wall with a gate around the vineyard, and consecrated its grapes to the god of wine.

Time and again Italy’s turbulent history touched this sacred space. In the third century AD, the two Roman emperors born in Umbria—Gaius Vibius Trebonianus Gallus and his son— cultivated its vines and drank its wine. Through the centuries after the empire’s fall, the vineyard survived despite violent clashes that pitted town against town and clan against clan. 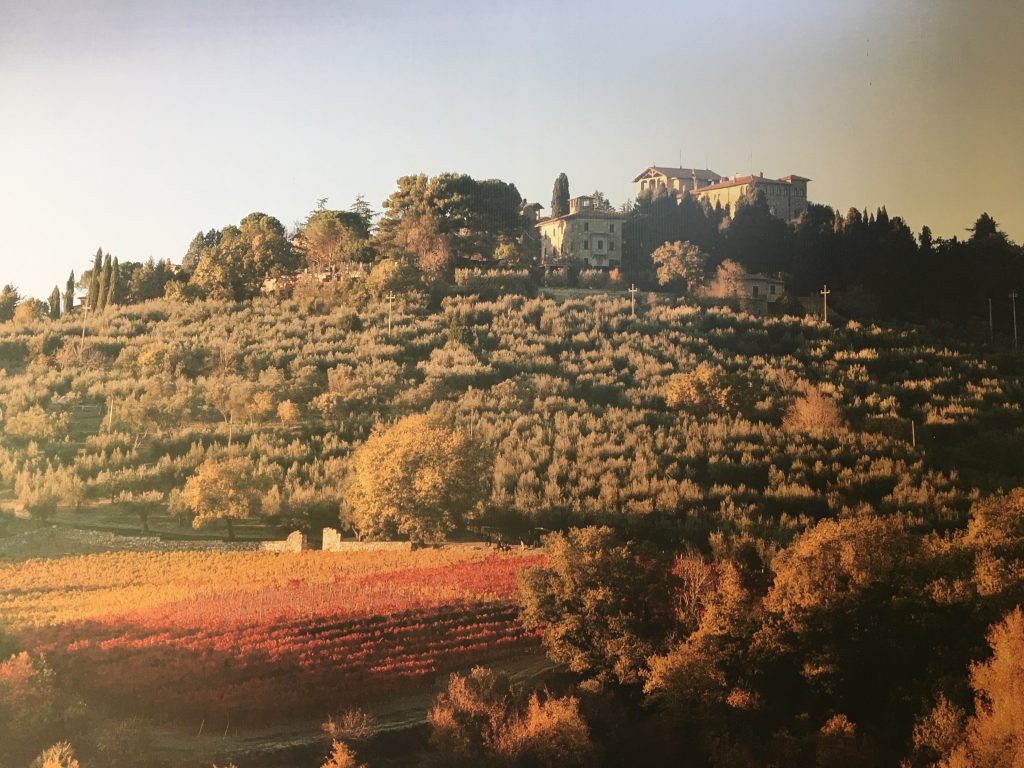 After Napoleon annexed Umbria to his Kingdom of Italy in the early 1800s, a family with the genial name of Sereni took up residence atop Monte Vibiano. Their castello, with terraced lawns, a garden maze, an amphitheater, and a 360-degree view, still towers over the pastoral countryside. In 1900, two brothers brought bottles of Monte Vibiano’s best wine to the Paris Exposition Universelle, where  it won a gold prize.

In 2000  Andrea and Lorenzo Fasola  Bologna, Maria Camilla’s father and brother, planted 4,625 new vines. Honoring Vubia’s ancient vow, they chose not to sell the wines from Vigna Lorenzo with their other varietals, but to entrust the vineyard to investors like my husband and myself.

“I call the owners our gladiators, because they protect our land and our vision,” says Maria Camilla. “With the wine from this vineyard, you know you are drinking a nectar, and inside that nectar is the work of all the people involved in making the wine. There is history. There is tradition. There is love for life, for this beautiful place, a love so deep that it becomes a passion.” 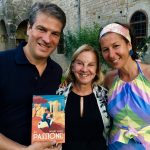 Adapted from “The Grapes of Passion” in  LA PASSIONE:How Italy  Seduced the World. Dianne Hales is also the author of LA BELLA LINGUA: My Love Affair with Italian,the World’s Most Enchanting Language and MONA LISA: A Life Discovered.

Visit http://montevibiano.it/en to arrange an adventurous “eco-tour” of Monte Vibiano Vecchio’s vineyards or to purchase its award-winning wines and olive oil.

← What is "la passione italiana"? An Italian Interview about LA PASSIONE →
FOLLOW BY RSS