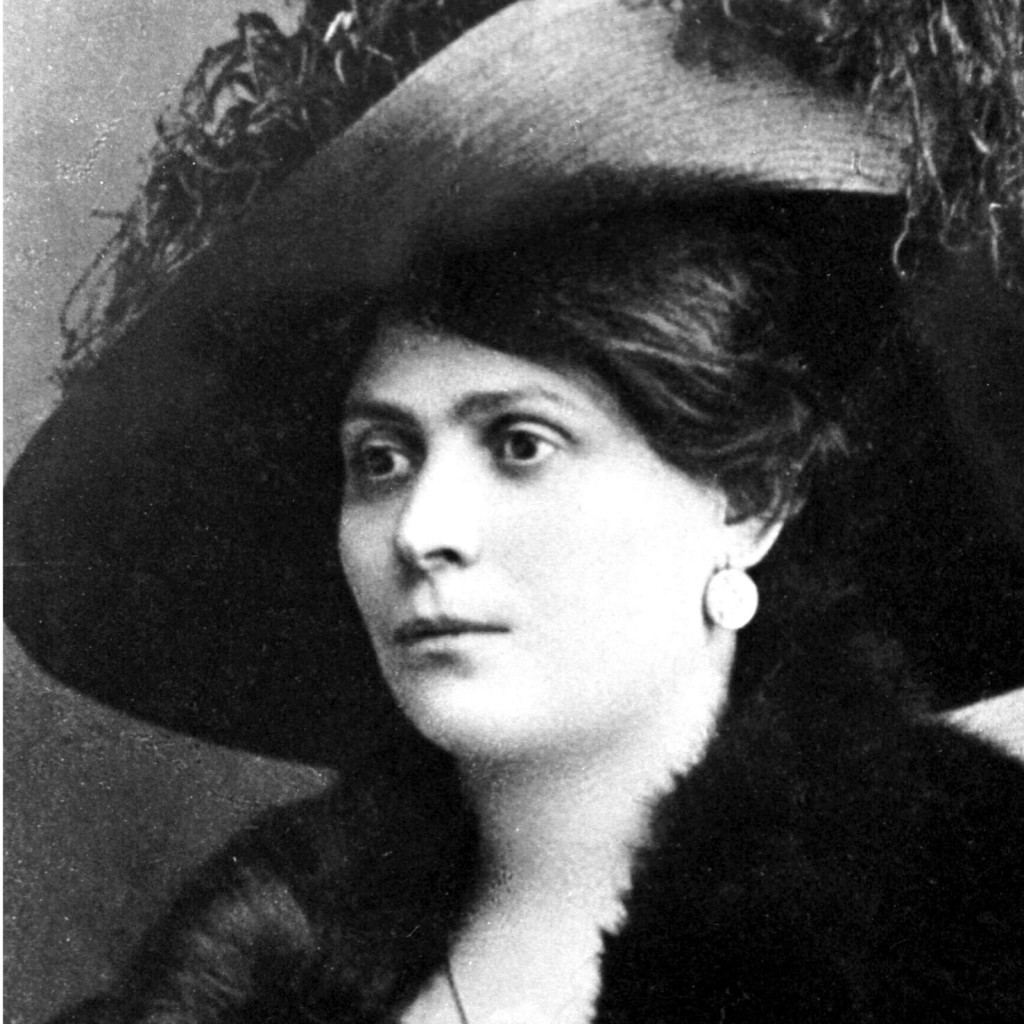 If one taste captures the essence of passion, it would have to be chocolate, especially Italy’s most famous—Perugina chocolates. They were  created by Luisa Spagnoli, born in 1877 and truly a woman ahead of her time.

While her husband was away in military service, Luisa did something unthinkable a century ago in Italy:  She launched a chocolate-making business and employed women to take the jobs of the spouses, fathers and brothers who had marched off to fight.  Luisa even started prototype “lactation rooms” for nursing mothers and day care centers for workers’ children.

Married and the mother of four, Luisa  also defied conventions other ways. After World War I, she fell in love with Giovanni Buitoni of the famous pasta family, who came in to help with the business. He was tall, handsome—and 14 years younger.

Through endless experiments in her laboratrio, Luisa found a way to release the natural oil of hazelnuts into a creamy mix, which she smoothed around a whole nut, coated with chocolate and wrapped in paper. The resulting candy—bigger than a typical cioccolatino—looked like a fist, curled as if to strike. But what to call it? Some suggested cazzotto, for “punch,” but the word seemed too brutto (ugly) for something so bello.

According to family lore, Luisa and Giovanni, clandestine lovers, sometimes hid amorous love notes inside the wrappers. When workers discovered the tender missives, everyone applauded them as a brilliant marketing touch, inspiring a more enticing name for the new candy. Il Bacio (The Kiss) debuted officially in 1922—a scrumptious treat with a sweet message tucked inside that gave new meaning to the request “Un bacio, per favore!” (A kiss, please!).

Despite the lovers’ attempts to conceal their relationship, rumors inevitably spread—especially after Luisa and her husband quietly separated in 1924.  Her chocolate business grew into a bustling enterprise with hundreds of employees.

Ever adventurous, Luisa became the fourth woman in Italy to obtain a driver’s license. Her creative passion found a new outlet when she began breeding long-haired Angora rabbits at her country villa to use their silky hair as an inexpensive alternative to cashmere. Although she envisioned an entire industry built around angora clothing, Luisa didn’t live to see its fulfillment. (Her descendants did, though, shepherding the Luisa Spagnoli brand into a thriving international franchise.)

At age fifty-eight, plagued by a chronic sore throat and cough, Luisa learned that she had advanced throat cancer. Despite surgery at a specialized clinic in Nice, her health deteriorated rapidly. Giovanni took Luisa to Paris for an experimental treatment, but she died there, with her lover at her side, on September 21, 1935.

Luisa’s heirs oversaw the Perugina business until the 1980s, when they sold it to an Italian financier, who in turn sold it to the international conglomerate Nestlé in 1989.

The family’s passion for chocolate passed to Luisa’s grandson Gianni, who taught  his nonna’s  recipes to his daughter, also named Luisa Spagnoli.  Her artisanal boutique, Spagnoli Confiserie du Chocolat, sells chocolates made entirely by hand, without any machinery. A mother of five, the contemporary Luisa Spangoli has turned down lucrative offers for expanding production and marketing her confections.

“I do not make chocolates for money,” she told me during an interview in her confiserie. “I make them because I must. You cannot sell passion, but you can taste it.”