Italy’s Passionate Women: The Sisters Who Dressed the Stars 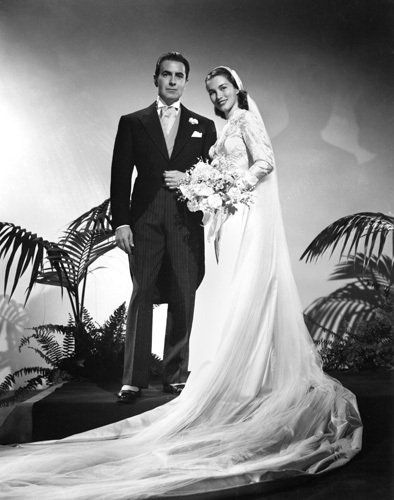 It was the dress seen ’round the world: a princess bridal gown fashioned from fifty yards of satin, seventy yards of lace, and more than one thousand pearls. On January 27, 1949, in Rome’s Church of Santa Francesca Romana, Linda Christian, a stunning young actress dubbed the “Anatomic Bomb” for her shapely figure, married the international heartthrob Tyrone Power.  Photographers snapped pictures and videos that graced front pages and newsreels on every continent.

The marriage officially ended seven years later, but the three sisters who created the fantasy dress reigned as queens of Italian fashion for almost half a century. Le Sorelle Fontana (the Fontana Sisters), three dressmaker’s daughters from a small town near Parma, defined alta moda (high fashion) before anyone else, including the Italians, realized that a homegrown form of haute couture even existed. 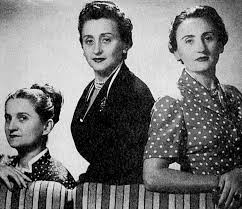 The oldest sister, Zoe (1911–1979), with a passion bigger than her tiny hometown could contain,  and her husband moved to Rome. Her two younger sisters Micol (1913–2015) and Giovanna (1915–2004) soon joined them. Fueled by a potent mix of passion and determination, the Fontana sisters launched the first fashion house in Rome in 1943.  Based on fashions popular during the Renaissance, their ultrafeminine dresses featured narrow bodices, cinched-in waists, and full skirts—along with lighthearted touches of pure whimsy, such as a huge ribbon bow, a cascade of pleats, or a rainbow of ruffles.

Linda Christian’s bombshell wedding gown catapulted the sisters to instant celebrity status. Hollywood royalty, along with actual queens, princesses, and duchesses, came like pilgrims to stand before the trio called “the three-sided mirror.” Lauren Bacall brought Bogie; Ava Gardner, her then-husband Frank Sinatra. American moviemakers shooting in Rome hired the sisters to design wardrobes for stars like Myrna Loy, Grace Kelly, Deborah Kerr, Loretta Young, and Barbara Stanwyck. With a Fontana workshop and salon in Manhattan, Micol Fontana spent so much time in the United States that she became known as “the American sister.” On one of many Hollywood sojourns, Cary Grant took the star-struck Italian for a moonlight spin in his convertible.

In Italy, the sisters emerged as celebrities in their own right, playing themselves in an Italian movie about a young girl working for the atelier. Their brand branched into ready-to-wear, shoes, perfume, luggage, and linens, with factories outside of Rome, hundreds of employees, and boutiques throughout Italy.  For La dolce vita, Fellini outfitted Anita Ekberg in Fontana creations, including the striking “priest dress,” a severe but sexy frock inspired by a cardinal’s scarlet robes. The sisters again played themselves in an American film, Gidget Goes to Rome, and, decades later, inspired an Italian fiction (television movie).

But the Fontana sisters did more than create a legendary name. They helped propel the entire Italian fashion industry into the forefront of haute couture with just three English words: “made in Italy.”