The Patron Saint of Sailors in the Italian Language 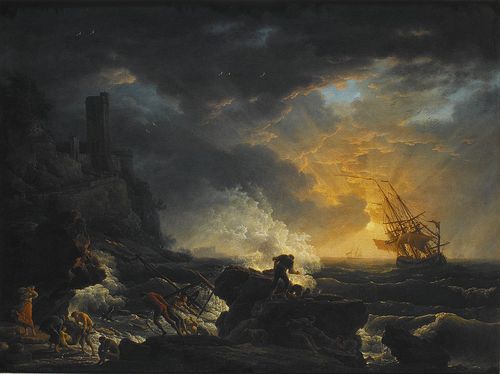 The Feast of Saint Elmo

All of Italy celebrates il 2 giugno (June 2),  the Festa della Repubblica (Festival of the Republic), which  commemorates the day in 1946 when the Italian people voted for a republic rather than a monarchy as their national form of government. Our adopted seaside town of Porto Ercole on the western coast of Tuscany has a double reason to celebrate (festeggiare). June 2 is also la festa di Sant’Erasmo, the patron saint of the ancient fishing port and of all mariners. In addition to concerts, a rowing race, a festa danzante (dance party) and a solemn mass, Porto Ercole celebrates with a tradizionale processione a mare (a traditional procession to the sea) and a spettacolo pirotecnico (display of fireworks).

“Ma chi fu questo Sant’Erasmo?” (Who was this Saint Erasmo?) I asked a friend born on June 2 in Porto Ercole and, of course, named Erasmo. “Un vescovo” (a bishop), he told me. Several of his fellow Portercolesi added that Erasmo was a martire (martyr) who once saved  a ship of local sailors (marinai) from a tempest (tempesta) at sea.

To find out more, I went to Wikipedia, which presents the gruesome suffering of Sant’Erasmo  (known in English-speaking lands as Saint Elmo) as the stuff of legend (leggenda). In the late third century, during the Roman persecution of Christians, Erasmo was jailed, "besprinkled…with foulness,” beaten with leaden mauls until his veins burst, thrown into a pit of snakes and worms and covered with boiling oil and sulfur. Through it all he remained calm, “thanking and loving God." Then lightning struck and electrocuted everyone around him.

Continuing to preach the Gospel, Erasmo was again captured and tortured, this time with burning oil poured into his mouth and a searing hot metal cloak wrapped around him. An angel swept him to safety. Other torturers plucked out his teeth with pincers, scraped his skin with an iron wool carder and pulled out his eyes with their fingers. In the grisliest account, Erasmo’s stomach was slit open and his intestines wound around a windlass. Perhaps because this type of winch is used to hoist anchors on ships, Erasmo became the patron of sailors.

As another legend goes, while Erasmo was burning alive, a bluish flame (fiamma bluastra) appeared on the top of the pyre (sulla cima della pira) and was interpreted as the saint’s soul ascending to heaven. The electrical discharges (scariche elettriche) at the mastheads of ships during storms came to be called "Saint Elmo's Fire” (fuoco di Sant’Erasmo), a sign of the martyr’s protection.

Temporali in mare -– storms at sea