LA PASSIONE in a Tuscan Hilltown 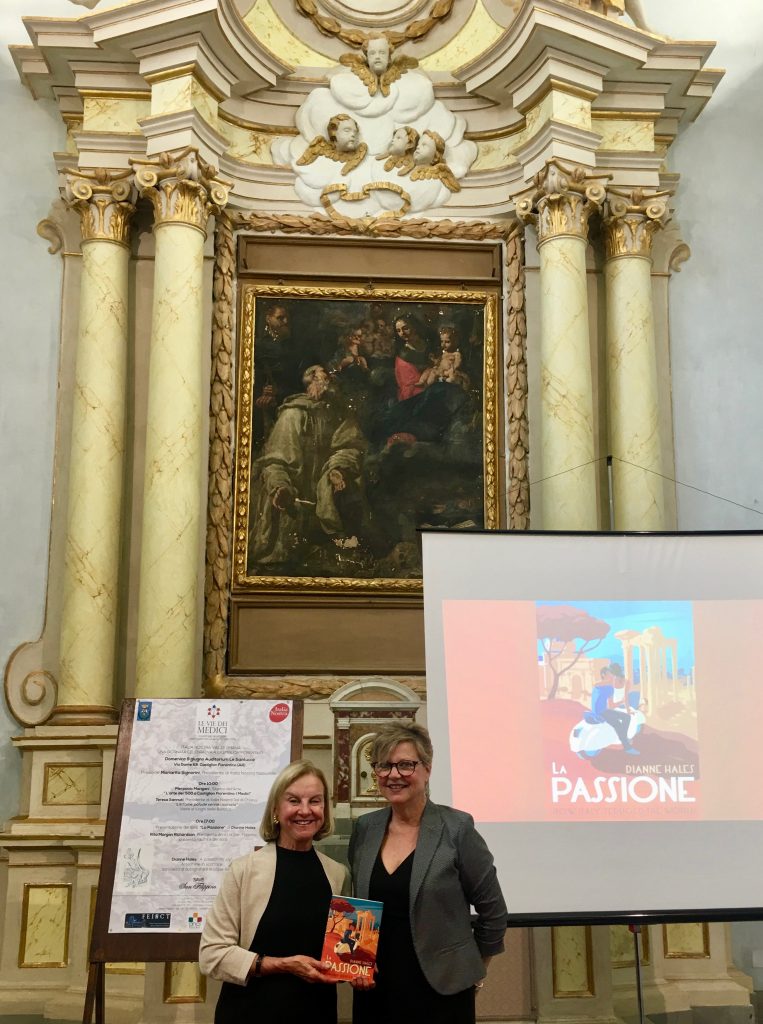 Two years ago I’d never even heard of Castiglion Fiorentino, a postcard-pretty town near Cortona, but when I arrived for my first visit, everyone seemed to know my name.  Posters featuring the cover of LA PASSIONE: How Italy Seduced the World dotted the streets. 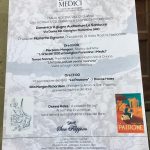 “Is that the American writer” a girl asked her mother as we walked by. “The one who wrote about San Filippino?”

A chapter in LA PASSIONE entitled “The Greatest Love Story Ever Told” highlights the story of  Rita Morgan Richardson, an Italian-American spearheading a campaign to rescue an abandoned baroque chapel  in Castiglion Fiorentino. The Friends of San Filippino, the nonprofit organization that she created, has garnered support from Italophiles across the United States. But the response of the townspeople themselves has been even more dramatic.

Earlier this year teachers and administrators at the local middle school were so moved by the Save San Filippino project that they launched an initiative called “Only Steps Away: Discovering Nearby Treasures.” Students learned about their town’s cultural riches by studying the twelve churches within Castiglion Fiorentino’s medieval walls.

Classe Seconda Effe (2F) focused on San Filippino, dedicated to St. Filippo Neri, the patron saint of joy. Inspired by both the saint and the sad state of the endangered chapel,  they decided to “adopt” it.  On their own, the students  banded together to create artworks inspired by San Filippino, which they  sold to raise funds to preserve and restore the small church.

During the presentation of LA PASSIONE in Castiglion Fiorentino, five of 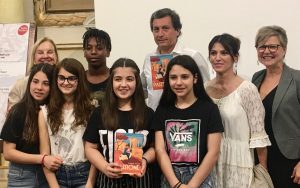 the students read the story of the Save San Filippino campaign, translated into Italian from my book by Silena Faralli, a teacher at their school.  I was deeply touched to hear them bring my words to life before a standing-room-only crowd of local residents in the splendid setting of the San Letucce chapel.

Also inspiring were the remarks of Mariarita Signorini, president of Italia Nostra, an Italian non-profit dedicated to preserving Italy’s cultural patrimony, and of the town’s Mayor Mario Agnelli, who invites visitors to come to Castiglion Fiorentino and discover its charms.

After the formal presentation, the padlocked doors of the chapel were opened for viewing. 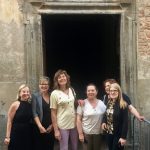 Just like the town’s residents, my family and I were captivated by San Filippino’s still-splendid frescoes, cherubs and coffered ceiling.

During my visit, I met a local woman whose parents were the last couple to be married in San FIlippino in 1947. She radiated the newly re-ignited pride the people of Castiglion FIorentine feel for the architectural, cultural and spiritual jewel just “steps away” from their homes. 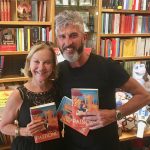 I extend heartfelt thanks to Rita Richardson and the Friends of San Filippino, to Italia Nostra, which co-sponsored the day’s events, to  Alfeo Tanganelli  of the charming Residence Le Santucce,  to  Alberto Nocentini, owner of Nocentini bookstore,  and to the residents of  Castiglion Fiorentino, who embody la passione italiana.

← Honoring Fathers and Father's Day in Italian What is "la passione italiana"? →
FOLLOW BY RSS