When It Rains in the Italian Language 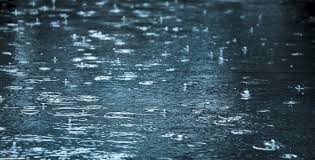 After a long drought, we Californians are welcoming every rainy day (giornata piovosa). Some bring a soft drizzle (pioggerella); others, a heavy shower (acquazzone) or even an intense squall (piovasco). For me they also bring back memories of being in the rain (sotto la pioggia) in Italy.

“Piove da morire" (it’s raining to death),  a clerk in Rome said the time I sought shelter from a downpour (pioggia a dirotto, rovescio, temporale) in her shop. Puddles (pozzanghere) of rain water (acqua piovana) formed instantly. The shutters creaked in the wind. Lightning (fulmini) sparked in the distance, and thunder (tuoni) roared overhead.

I wished that I had remembered a raincoat (impermeabile) and maybe even some rubber boots (stivali di gomma). Vendors immediately materialized on the street, selling just what I needed: an umbrella (ombrello, from ombra for shadow). I dashed through the rain drops (gocce di pioggia) to my apartment.

Snug and warm, listening to the sound of the rain (rumore della pioggia) on the roof, I contemplated less literal meanings of Italian’s “rain” words: “Non ci piove,” for instance, translates as “without doubt"; "a pioggia," as "indiscriminately." Someone who “fa la pioggia e il bel tempo” (makes the rain and the fair weather) calls all the shots and, if angered, may spew un pioggia di insulti (a rain of insults). If this sort of bigwig makes an irrevocable decision, “non ci piove nè ci nevica” (it neither rains nor snows on it).

English-speakers may react to a cascade of troubles by saying, "When it rains, it pours." Italians have a somewhat similar expression: “Piove sempre sul bagnato.” (It always rains on the wet.) However, they say this when fortunate people get yet another lucky break as well as when things again go wrong for unfortunate ones.

One saying about un giorno piovoso (a rainy day) proved true the very next day: Dopo la pioggia viene il bel tempo. After the rain comes fine weather. But keep an eye on the sky: Cielo a pecorelle, pioggia a catinelle!  A sky (cielo) with clouds like little sheep (pecorelle) portends rain by the bucketfuls (catinelle).

Per tutti i fulmini! –- (expression of consternation) What the…! Bloody hell!

← The Italian You Won't Learn in Class: Food Idioms in the Italian Language For Love of Italy's Art →
FOLLOW BY RSS