Love of Hometown in the Italian Language 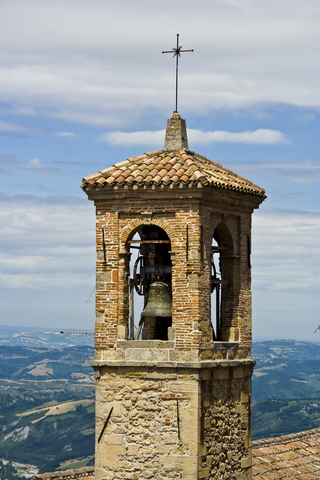 "Is there an English word for campanilismo?” an Italian Facebook friend wanted to know. One dictionary came up with two, both somewhat pejorative: parochialism and provincialism. Another offered a better alternative: “local patriotism.”  But even this fails to capture the depth of an Italian’s feeling for all that lies within view of the local campanile (bell tower), traditionally the tallest and most prominent building in a town.

For centuries, the residents of the “boot” (stivale), with no national government to rule them, no army to defend them and no flag to unite them, saw themselves as Neapolitans, Paduans, Venetians, Sicilians, citizens of a village rather than a country.  Italian tellingly uses the same word, paese, for both.

Questioni di campanile (local squabbles) still ignite greater passion than national issues. Residents of different cities accuse each other of not seeing beyond their own campanile (vedere più in là del proprio campanile) or  not hearing the other bell, or side of a question (sentire l’altra campana).

Even metaphors vary by region. Florentines call a blowsy lady an “unmade bed” and an aging cavalier a “tired horse.” The long-impoverished Calabrians lament their plight with sayings like, “Dogs only bite the poor.” When bored, Romans complain that they are “dying of pinches.”

Although children throughout Italy may play hooky, Umbrian kids marinano la scuola (“pickle” the school). Neapolitans fanno filone (make the big thread). Sardinians fanno vela (make the sail or go sailing). Depending on whether they’re from the east or west of their island, Sicilians fanno l’ora (make the hour) or fanno Sicilia (make Sicily).

Death too takes different forms in different places. Romans call it “the skinny woman.” When Italians in other regions die, they “go to the pointed trees" (cypresses, often found in Tuscan cemeteries), “make soil for chick peas" (a common vegetable), “stretch their legs,” or “wear the other trousers” (the good ones saved for special occasions).

Campanilismo fosters an our-belltower-is-higher-than-yours local pride as well as a tendency to view even folks on the next hilltop with a certain amount of suspicion—and sometimes derision. “Non fare il Genovese” (Don’t act like someone from Genoa!) I’ve heard one friend chide another—in other words, don’t be cheap. “Fare alla romana”  (Do like a Roman) translates into going Dutch.

Every time we’ve headed for Pisa, once home of hated tax collectors, someone has intoned, “Meglio un morto in casa che un pisano all’uscio!” (Better a corpse in the house than a Pisan at the door!) The Pisans’ response: “Che dio t’accontenti!” (May God grant your wish!)

tenere qualcuno sotto una campana di vetro — to keep someone in a bubble, be over-protective

stare in campana — be very careful, watch one’s back, stay on one’s toes

How does campanilismo sound? Click below to find out: