Lovers of the Italian Language, Unite! 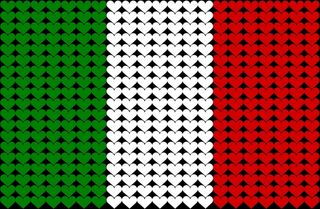 Confessions of an Innamorata

Humans hunger for language the way birds crave open air. Although we might eke out a meager land-bound life, only through words can our souls take flight. And in no other language can they soar, spin, dip, pirouette, and dive with greater flair and finesse than in Italian.

My love affair with the world's most enchanting language began, as such things usually do, with a man other than my husband. When I arrived in Italy for the first time in 1983 I knew only one Italian sentence: “Mi dispiace, ma non parlo italiano.” (I’m sorry, but I don’t speak Italian.”)

In my first minutes in the country, I repeated it half a dozen times, interspersed with pleas of, “Stop this train!” Other passengers responded with torrents of incomprehensible Italian. Only the weary conductor followed my gaze as I pointed to my forlorn suitcase, left behind at the border in Switzerland.

“Sì,” I nodded, frantic that I would never be reunited with it.

The faces encircling me smiled in relief. “Domani mattina,” they repeated reassuringly. “Domani mattina.” Settling into my seat, I rolled the melodious syllables around my mouth. Yes, as soon as I arrived in Milan, I would find Signor Domani Mattina, and he would somehow retrieve my bag.

Late on a Sunday afternoon, I rushed to a man in a custodial uniform and entreated, “Signor Domani Mattina?”

“No, signorina, the day after today. Domani mattina."

My quest for the quixotic “Mr. Tomorrow Morning” launched my journey into the Italian language. In the years since I have devoted countless hours and effort to this wily tongue. Italians say that someone who acquires a new language "possesses" it. In my case, Italian took possession of me.

There is no English word that quite captures the sensation of innamoramento, crazy head-over-heels love, deeper than infatuation, way beyond bewitched, bothered, and bewildered. But that’s what I am—an innamorata, enchanted by Italian, addicted to its sound, and ever eager to spend more time in its company.

I am not alone. In the the last 18 months, more than 230,000 innamorati have come to my website and blog.  About 70 percent come from the U.S. Others are from around the world: Australia, Canada, China, India, Saudi Arabia, Serbia, Brazil, and dozens of other countries.

Every day I receive e-mails from other anime gemelle (kindred spirits) eager to share their passion for Italy and its language. One described herself as  "an Italian soul trapped in the body of a German-American nurse anesthesist in New Hampshire."

Yet Italian studies in the United States are in danger. Struggling with economic pressures, universities are eliminating majors in Italian and cutting back on Italian courses. In a recent editorial, a leading sostenitore (supporter) of Italian, Professor and Dean Anthony Tamburri of Queens College/CUNY, urged Italian-Americans to become more versed about why Italian should be studied and more involved with the teaching of Italian from a community perspective. I wholeheartedly agree.

However, you don't have to be Italian (I am not) to appreciate and advocate for la bella lingua. Other idioms may be better suited to commerce, technology, science, or finance. But no other language expresses human feelings and emotions more powerfully. No other tongue offers so many sfumature (subtle shadings) that can foster understanding and cooperation.  Italian, which has enriched the realms of art, literature, music, philosophy, cinema, fashion, and cuisine, embodies civilization itself. To me, it is the language of culture and humanity–and therefore everyone's mother tongue.

This lovely video from the Società Dante Alighieri, a bastion of the Italian language, presents people from around the world reading from Dante's Divine Comedy and asks the question, "Can you imagine a world without Italian?"  Its answer: "Noi no."  (Not us.)  Me neither.

Win a mini-library of books about Italy's language, culture, people, food, and wine in our Viva l'italiano Book Bonanza Contest!

← Inspiration in an Italan Hill Town Guest Blog: Growing Up Bilingual in Italian and English →
FOLLOW BY RSS