Screwing Up in the Italian Language 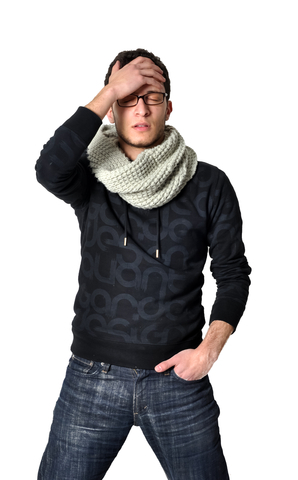 I have turned men into women, perfectly innocent words into vulgarities and fumbled my way from past to future to present tenses more often than a time traveler. I still recall my embarassment when I declared delight in a view of the tette (tits) rather than tetti (roofs) of Rome.

Other Italian learners confess to embarassing orrori grammaticali (grammatical horrors) of their own. My favorite: a dignified English woman who swept through the Rome train station in search of a facchino (porter) shouting “Tacchino! Tacchino!” (Turkey! Turkey!)

“Mi dispiace (I’m sorry),” I’ve said countless times. “Provo a fare del mio meglio, ma continuo a sbagliare” (I try to do my best, but I continue to make errors.” Italians, ever tolerant, have reassured me that “sbagliando si impara” (one learns through mistakes).

People have been sgrammaticando a long time. The term dates back to the sixteenth century. Not only has this important-sounding word survived for centuries, it has thrived in a 21st-century form: a channel on youtube. From the moment I clicked on one of the 200-plus videos, I was hooked.

Its creator is twentysomething Fiorella, laureata (università-educated) in Scienze della Comunicazione at l'università di Cagliari, who explains on her website that “la grammatica italiana, in particolare, è sempre stata una passione fin dai primi anni di scuola.” (Italian grammar, in particular, has always been a passion from the first years of school.)

She started Sgrammaticando in 2011 as a way of combining her due interessi più grandi, comunicazione e grammatica italiana (two greatest interests: communications and Italian grammar). “Pensato inizialmente per italiani, Sgrammaticando si è rivelato molto utile anche per altri Paesi del mondo,” she writes. (Initially conceived for Italians, Sgrammaticando has shown itself to be very useful also for other countries of the world.)

The site has attracted tens of thousands of utenti di tutte le età dall'Australia all'Argentina (users of all ages from Australia to Argentina). My favorite videos are Fiorella’s lessico ed espressioni(dictionary and expressions), in which she explains words that stump most non-Italians, such as magari (I wish it were so, if only, maybe) and mica (not at all, not in the least).

Warning: Fiorella speaks rapidly and with a strong accent, but you can replay the video if you don’t catch what she’s saying. And as you can see from the introductory video below, she has an undeniable flair for the dramatic.

Dianne Hales is the author of La Bella Lingua: My Love Affair with Italian, the World's Most Enchanting Language and MONA LISA: A life Discovered. Click here for the latest post in her "Discovering Mona Lisa" blog.