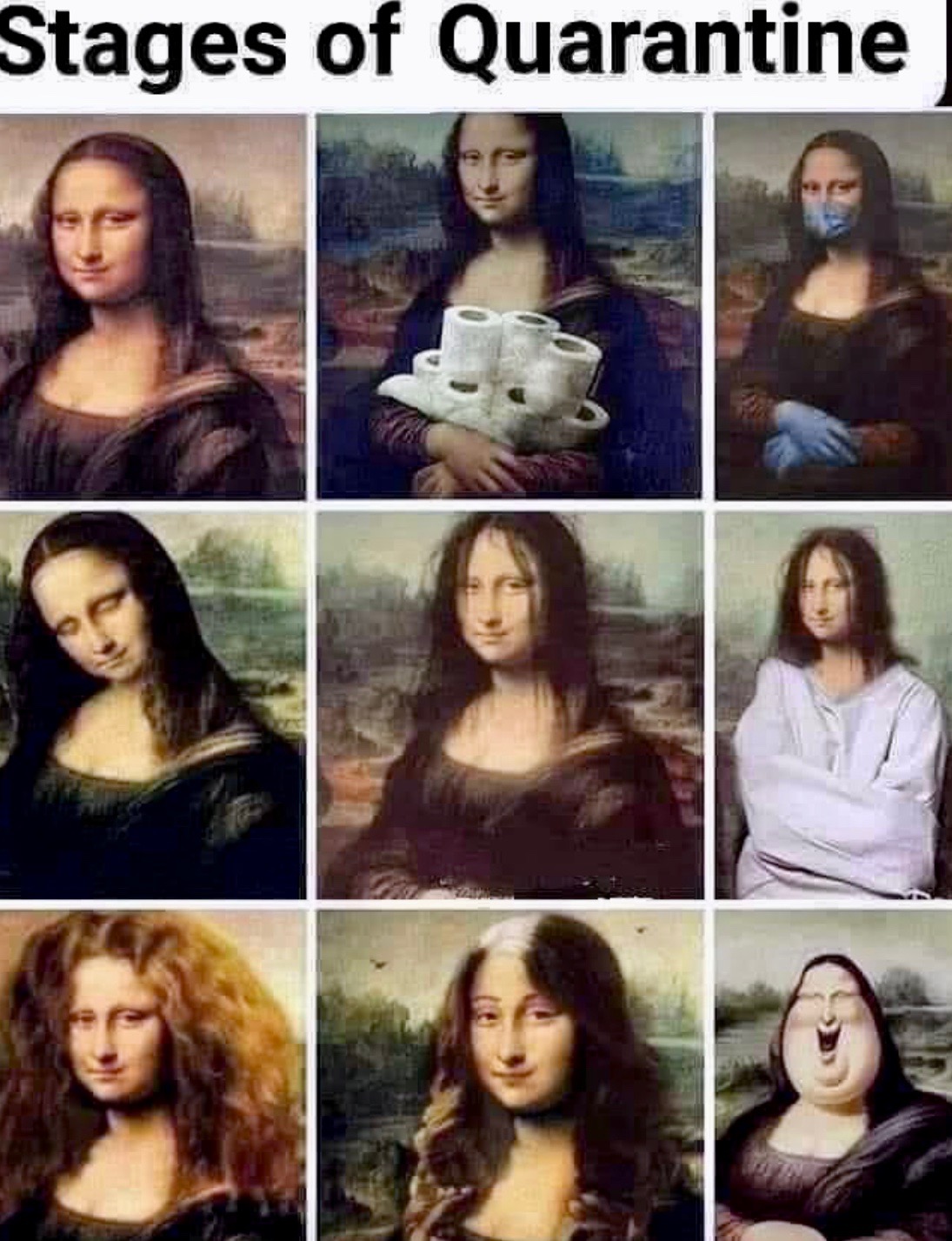 Leonardo’s muse, Mona (Madame) Lisa Gherardini del Giocondo, was born 541 years ago on June 15, 1479.  Few art works have experienced more adventures—and misadventures—in and out of the frame. The Florentine matron has shed her stately robes and appeared in sunglasses, hair curlers, kimono, Mickey Mouse ears, black boots, Santa hat, see-through blouse and nothing at all. She’s straddled a motorcycle and a mule, flashed her underwear, skateboarded, skied, smoked a joint and engaged in a kinky array of X-rated activities.  NASA once bounced Mona Lisa’s image off the moon.   Why not?  She’s been everywhere else.

Through more than five centuries of political upheavals, botched restorations and bizarre imitations, Mona Lisa has proven to be more than a mere masterpiece: She’s a survivor. Here are just some of the things that have happened to the world’s most famous painting:

*She spent decades in a steamy bathing salon. French King Francis I, who paid the equivalent of $10 million for the portrait, installed Mona Lisa in a six-room “bathing” suite, where decades of high humidity took a toll on the painted lady. Attempting to repair the damage, a restorer applied a thick coat of lacquer, which fractured into a web of threadlike fissures.  Mona Lisa has never since appeared without this veil.

*She inspired fatal obsessions.  As Romanticism inflamed passions in the 19th century, Mona Lisa became the face that launched a thousand fantasies. “Lovers, poets, dreamers go and die at her feet,” a French curator wrote in 1861.  One artist threw himself from the  window of his Paris hotel, leaving a farewell note that said, “For years I have grappled desperately with her smile. I prefer to die.”

*She was kidnapped. In August, 1911, the Mona Lisa disappeared from the Louvre in what tabloids called the “heist of the century.” The unlikely thief was an Italian handyman who hid the Mona Lisa in his cheap rooms in Paris for more than two years. He toted the portrait to Florence in 1913 in hopes of a reward. Instead he was arrested.

*Artists hijacked her image.  In 1919 Marcel Duchamp painted a mustache and a goatee on a postcard of the Mona Lisa. Dali, Magritte, Warhol and other modern masters couldn’t resist toying with the iconic portrait.  Contemporary artists have pushed the visual jokes to extremes, transforming Mona Lisa into a gorilla, conehead, dinosaur and unicorn (with a horn in the middle of her forehead).

*She was assaulted.  In 1956 a vandal threw acid at the lower part of the painting. Later that year a young Bolivian flung a rock, chipping pigment on the left elbow. Bullet-proof, triple-laminated glass has kept Mona Lisa safe against more recent missiles, including a mug heaved by a Russian woman distraught over being denied French citizenship.

*Doctors misdiagnosed her.  According to various medical theories, Mona Lisa was pregnant, cross-eyed or suffering from an enlarged thyroid, high cholesterol (which created fatty deposits around her eyes) or a paralyzed facial nerve that immobilized her mouth.  Dentists have blamed her closed-lip smile on teeth that were missing, aching or damaged by mercury used to treat venereal disease.  However, no proper Renaissance lady would have flashed her pearly whites for a portrait.

*She’s been quarantined. The corona pandemic forced Mona Lisa to maintain more than a social distance from her avid fans. But more than five centuries after her creation, she continues to intrigue us —even with a mask hiding her famous smile. 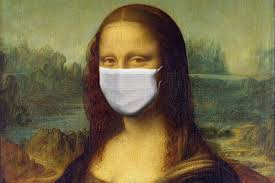 For more on Leonardo, you can watch a YouTube video that I wrote and presented for the London-based Corona Crisis Collective, which is bringing together an international array of contributors on cultural, scientific and social topics.

Dianne Hales is the author of MONA LISA: A Life Discovered, LA PASSIONE: How Italy Seduced the World and LA BELLA LINGUA: My Love Affair with Italian, the World’s Most Enchanting Language. ,

You can download my new book,“A” Is for Amore, for free at diannehales.com.