My “Hidden Treasure” in Italy 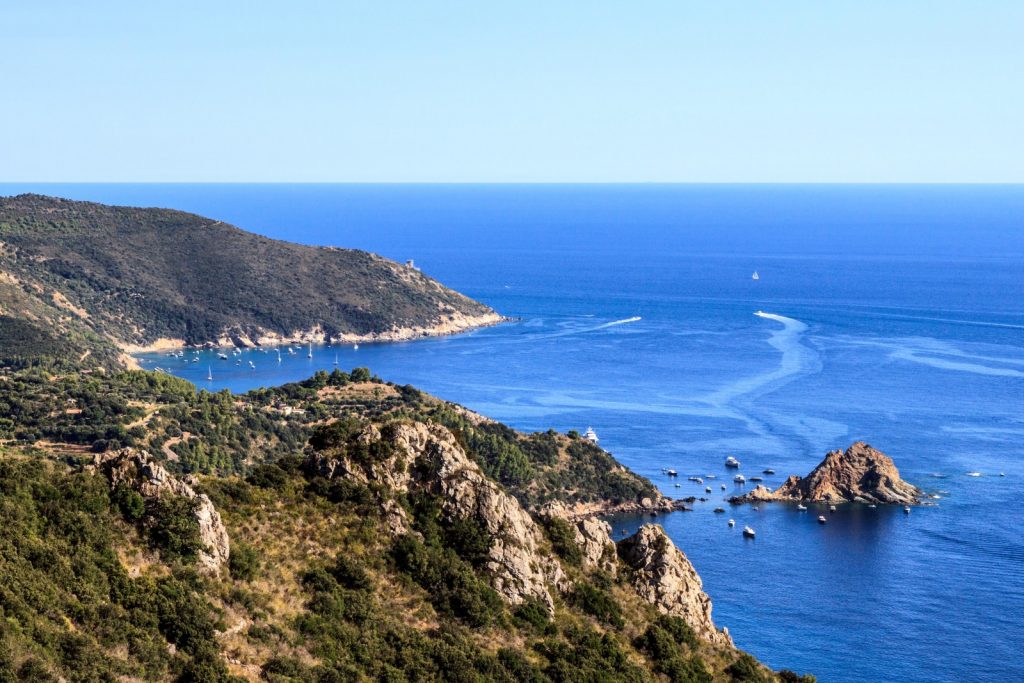 “I want to come back here every year for the rest of our lives.”

I made this declaration to my husband thirty years ago on our first trip to Monte Argentario on Tuscany’s western coast. We did indeed return annually—until this Covid-cursed year. When LoveItaly, a non-profit organization dedicated to preserving Italy’s cultural heritage,  invited me to participate in its podcast on the country’s “Hidden Treasures,” I immediately thought of this magical place.

In a time before time Monte Argentario was an island. Sea currents and geologic forces tethered it to the mainland of Italy with two narrow strips of land called tomboli.  The Etruscans sailed and fished its waters.  Wealthy Romans enjoyed its balmy summers. In the fourth century A.D. the Emperor Constantine ceded the region to the Church. Control of Monte Argentario passed through several prominent families to the city-state of Siena. In 1557 Tuscany defeated its arch-rival—with the help of Spanish infantry and cannons. Spain, claiming the territory as its reward, ruled over Monte Argentario for 150 years. 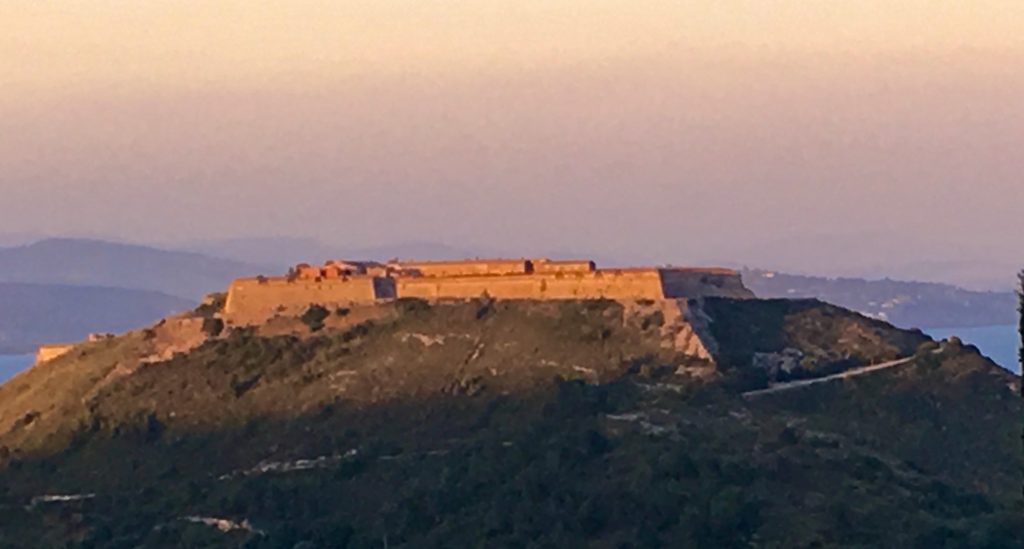 The massive forts the Spaniards built to ward off pirates and other invaders still stand guard above the quaint fishing port of Porto Ercole. After Napoleon’s defeat in 1814,  the Duchy of Tuscany regained Monte Argentario. With the unification of 1861, it became part of the kingdom of Italy.

On our first visit to Porto Ercole in 1990, we stayed at a hotel created by lovers for lovers. In the 1960s Michael Graham, a dashing British pilot and war hero, stole the heart of the beautiful American heiress Patsy Danzel — from no less a rival than movie icon Clark Gable. After marrying, they travelled through Europe to revel “in the intensity of their love” (as one biography puts it). 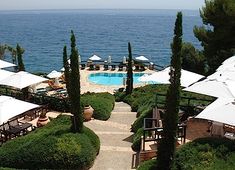 A remote cove tucked into the side of Monte Argentario inspired the Grahams to develop a unique hideaway they called  Il Pellicano  in honor of Pelican Point, California, where they’d met. Charlie Chaplin, Anthony Quinn and the glitterati of Europe made themselves at home at the posh but unpretentious resort. Il Pellicano had mellowed into a cozy inn at the time of our first visit but has since flourished as an exquisite world-class resort.

One thing that hasn’t changed is the moonlight. I gasped the first time I saw a full moon turn the entire Tyrrhenian sea to silver. Locals insist that this is how “Argentario” (from argento for silver) got its name—although guidebooks trace it to the precious metals mined in the area or the argentarii (money lenders) who received the land in payment for financing Roman conquests. 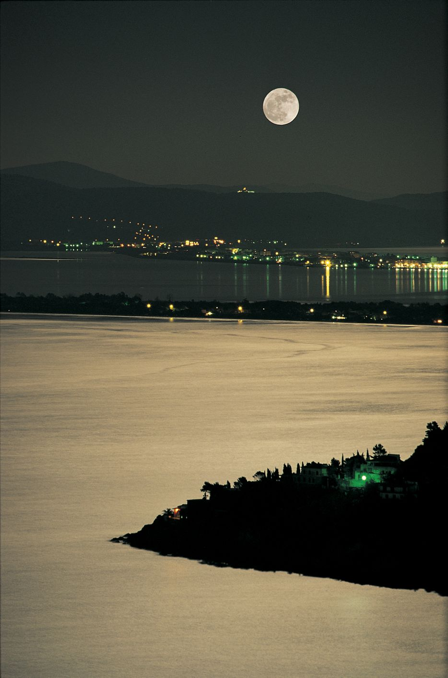 But my favorite times have been spent in, on and near the Tyrrhenian sea—so pristine that the waves feel like silk rolling over your skin. The best known beach on Monte Argentario is the Feniglia, where the artist Caravaggio collapsed in pursuit of a boat that had sailed away with his last paintings. A Medusa sculpture in the tranquil adjacent pine forest commemorates his tumultuous life and tragic death. 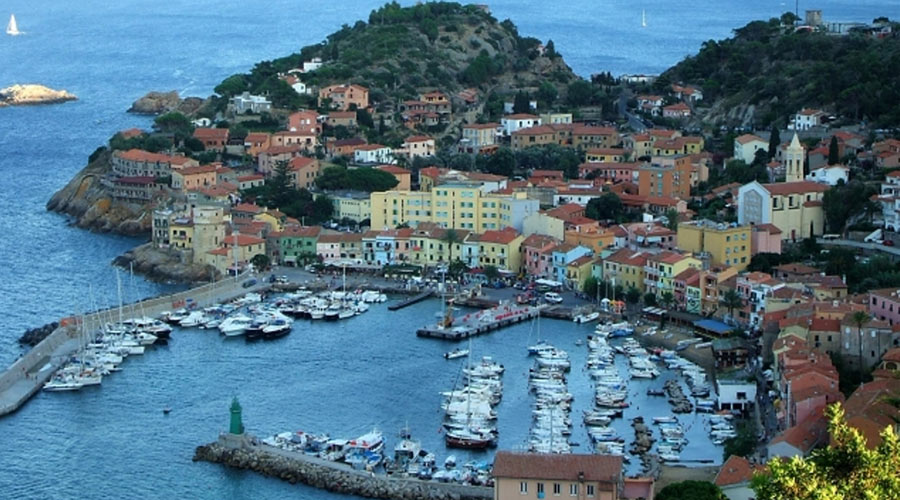 Just off-shore are the jewel-like islands of the Tuscan archipelago. On Giglio,  accessible by ferry or private boat, you can climb to a  hilltop castello with flower-strewn terraces and cobbled streets.  Best of all, you can swim in isolated coves or explore caves carved by wind and waves where pirates once stashed their booty.

But to me the greatest treasure is dolce far niente (the sweetness of doing nothing) in a place that seduces every sense. So after you’ve savored Italy’s more renowned glories, come to Monte Argentario—and bring someone you love.

You can visit virtually by watching this podcast from LoveItaly’s “Cornucopia” series:

Dianne Hales is the author of  LA PASSIONE: How Italy Seduced the World; LA BELLA LINGUA: My Love Affair with Italian, the World’s Most Enchanting Language; and MONA LISA: A Life Discovered. You can download my new digital book,“A” Is for Amore, for free at diannehales.com.