My Love Affair with Italian 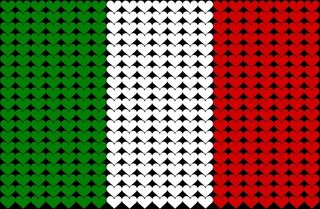 On February 14, Italians celebrate La Festa degli Innamorati, often loosely translated as “the Feast of the Lovers.” But no English word quite captures the sensation of innamoramento, of falling head-over-heels in love, deeper than infatuation, way beyond bewitched, bothered, and bewildered.

Decades ago, in a language school in Italy, I became an innamorata—of Italian. I have remained one ever since—enchanted by its sounds, lovesick for its phrases, fascinated by its history,  ever eager to spend more time in its company. Never did I—a sensible woman of sturdy Polish-American stock—expect to become madly, gladly, giddily besotted with the world’s most luscious language. But what a language it is!

Italian, handcrafted by poets and wordsmiths, embodies its native speakers’ greatest genius: the ability to transform anything—from marble to melody, from the humble noodle to life itself—into a joyous art. While other tongues do little more than speak, this lyrical language thrills the ear, beguiles the mind, captivates the heart, and enraptures the soul.

Yet I fell for more than a means of communicating. To an extent I never dreamed possible, Italian became not just a passion but a passport. Other languages may be better suited to commerce, technology,  or finance. Italian, which has enriched the realms of art, architecture, design, literature, music, philosophy, cinema, fashion, and cuisine, embodies civilization itself.

Acclaimed as the most musical of tongues, Italian is also the most emotionally expressive. Its primal sounds—virtually identical to those that once roared through Roman amphitheaters and forums—strike a chord in our universal linguistic DNA. No other idiom more profoundly conveys what it means to be human. As the language of culture and of humanity, Italian qualifies as everyone’s mother tongue.

I became so smitten that I wrote four books on Italy’s language and culture. I owe a great debt to the instructors in Italy’s language schools, who inspired my writing. With dedication and passion, they preserve and pass on Italy’s living legacy. Their students serve as global ambassadors for all that Italy represents.

The Covid pandemic has placed Italy’s language schools in jeopardy. Their classrooms have been empty for a year. They cannot reopen until international travel resumes. But without government support, many may be forced to close forever.

I am writing on behalf of a group of Italian schools for foreigners, scattered throughout Italy, that have come together in the LICET (Lingua Italiana Cultura e Turismo) association to overcome this difficult moment together. We cannot, must not, neglect the educators who have enriched so many lives with the unforgettable experience of falling in love with Italy, Italian, and Italians.

Please join us by adding your name to others who share our appreciation for Italy and all the gifts it offers the world. You can choose to sign the English or Italian version of our petition.