“N” Is for Naso in the Italian Language 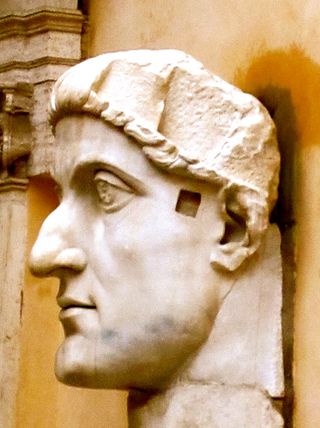 In an only-in-Italy competition, each summer men and women come to the pretty village of Soragna, near Parma, to vie for what some might consider a dubious distinction: the titles of il re (the king) and la regina (the queen) of “Nasonia” (Big Nose Land). Once crowned, the well-endowed nasoni parade through the town amid cries of “Belli! Bellissimi!”

In Italy il naso, whether flat (piatto) or hooked (adunco), has long been considered a thing of beauty. Ancient statues pay tribute to the noble noses of Roman warriors. Dante Alighieri, the father of Italian literature, had a nose as distinctive as his poetry. The “magnificence” of Lorenzo de’ Medici of Florence–the consummate Renaissance leader—extended to his oversized nose. Even today Italians ofen use the expression “un naso importante" when referring to someone with a large nose.

An Italian nose does everything ordinary noses do–from sniffing (fiutare, annusare) to sneezing (starnutire)—to which the correct Italian response is “Salute!” (To your health!)  Like mothers everywhere who chide their children not to pick their noses, Italian mamme say, “Non metterti le dita nel naso!” And when their noses begin to drip (colare), they remind them to soffiarsi il naso (blow one’s nose).

In Italian as in English, you can lead someone by the nose (menare per il naso) or not see something under your nose (sotto il naso). You may meet people so shortsighted they cannot veder più in là del proprio naso (see any further than the end of one’s nose). At times you may want to turn up your nose (arricciare il naso), an expression often accompanied by a flip of the fingers upward across the tip.

While English speakers go face to face, Italians line up naso a naso (nose to nose). When they take a rough guess, they do so a lume di naso (by the light of the nose). An Italian with a flair for something or good intuition has buon naso (good nose).

Naso also can have negative connotations. A snob who looks down on others is said to avere la puzza al naso (have a foul smell in his nose). A gullible soul who’s easily swayed has l’anello a naso (a ring in his nose). If someone dupes or disappoints you, you may be described as restare con un palmo di naso (remaining with a nose a palm long).

If you irritate someone to the point of distraction or get someone’s goat, you far saltar la mosca al naso (make the fly jump at the nose). Someone who’s forgetful or not very bright may be said to non ricordarsi dal naso alla bocca (not to remember from one’s nose to one’s mouth).

In any language, no one likes a busybody (ficcanaso–literally nose-poker). If you encounter one in Italy, just say: “Non ficcare il naso nei miei affari!” Don’t poke your nose into my business!

rifarsi il naso –- to get a nose job

Dianne Hales is the author of LA BELLA LINGUA: My Love Affair with Italian, the World’s Most Enchanting Language and MONA LISA: A Life Discovered.