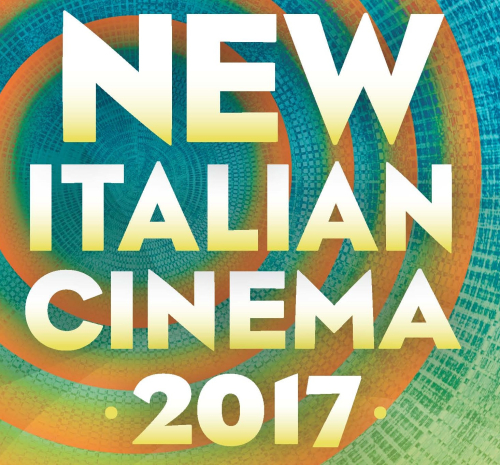 Let’s go to the movies!

A troupe of actors and escaped criminals shipwrecked on an island off Sardinia.  A sommelier who loses his “nose.”    A hairdresser named Fortunata (Lucky) struggling to create a new life.  Beautiful conjoined twins with exquisite voices who yearn to pursue their dreams. Young Italian emigrants to Cuba encountering unforeseen dangers.

The festival opens with La stoffa dei sogni (The Stuff of Dreams), a light-hearted, lusciously photographed adaption of The Tempest, winner of the David of Donatello prize for best screenplay, directed by Gianfranco Cabiddu.

Five documentaries focus on contemporary topics.  Castro takes viewers inside a community of families occupying an abandoned building in Rome. In La prima meta (First Try), a rugby coach trains inmates of a Bologna prison to compete with professional teams.  Bruno Bozzetto, an internationally acclaimed animator and director, offers a tour of his creative world in Bozzetto non troppo (Not Too Much Bozzetto).  Camminando sull’acqua (Walking on Water) chronicles the 1966 flood of Florence with never-before-seen color footage and first-hand recollections.  A special screening of Franca: Chaos & Creation provides a son’s loving portrait of his mother, Franca Sozzani, the legendary editor of Italian Vogue.

Seven films, all first or second releases by emerging young directors, are competing for the prestigious City of Florence Award, decided by audience ballot. They include:

*Il padre d’Italia (English title: There Is a Light), a romantic drama about a rootless gay man and an uninhibited pregnant young woman in Turin.

*Dopo la guerra (After the War), which follows a reformed terrorist living in France who flees with his daughter to avoid extradition to Italy on murder charges.

*Cuori puri (Pure Hearts), a chance encounter between a devout teenager about to take a vow of chastity and a volatile young street tough.

*La pelle dell’orso (English title: On the Trail of My Father), the tale of a father and son’s surreal hunt for a dangerous bear known as il diavolo (the devil).

*I figli della notte (Children of the Night), a blend of a coming-of-age drama and horror movie, directed by Andrea De Sica, grandson of famed actor and director Vittorio De Sica.

*In guerra per amore (At War for Love), a delightful romp that sets a bumbling man’s quest to win his beloved’s hand in marriage against the backdrop of the Allies’ invasion of his Sicilian homeland.

*Moglie e marito (English title: Husband and Wife), a zany comedy about an unhappy married couple — a neurosurgeon and a television personality — inadvertently transported into each other's bodies.

Click here to see a complete schedule, browse films and order tickets. The festival ends with Il duello del vino (The Duel of Wine), a comic jaunt through the esoteric realm of wine-tasting, with its stars appearing  at the closing party on November 12.

Ciak! — the equivalent of the director’s “Action!”