Playing Hooky in the Italian Language 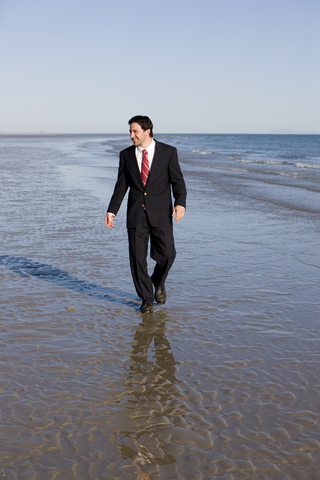 I played hooky the other day. The weather was perfect (faceva bello). The tide (la marea) was out. I didn’t have a deadline (una scadenza) to meet. So I headed for my favorite beach (la mia spiaggia preferita) and walked for miles. Then I felt guilty (in colpa).

“Perchè?” (Why?) an Italian friend asked. “Così fanno tutti.” (Everyone does it.) It’s true. Every country has some equivalent of “playing hooky.” The British “play truant”; the Germans “blaumachen”; the French “faire l'école buissonnière” (make school in the bushes).

But in Italy cutting class — marinare la scuola (marinate or pickle the school) in standard Italian -– seems to be a national pastime, so widespread that linguists have identified dozens of local expressions for truancy. Here are some examples from various regions:

• Trentino: bruciare (to burn), andare in marina (to go to the marina)

• Liguria: fare il ponte (to make the bridge), saltare (to leap or jump)

• Calabria: scioperare (to go on strike), giocarsela (to make a game of it)

By whatever name, skipping school is, as an Italian writer puts it, una delle attività più amate dagli studenti di tutto il mondo (one of the most loved activities of students of all the world.)

You can find more regional expressions for cutting school, including some in dialect, by clicking here.

For Italian speakers, the clip below provides excuses for not going to school (le scuse per non andare a scuola). One tip:  For a febbre finta (fake fever), insert a  thermometer  into the mouth of your pet dog. Or you can claim that  you must attend the funeral of a close relative. This excuse, the young narrator cautions, should not be used more than una o due volte (one or two times).

Dianne Hales is the author of LA BELLA LINGUA: My Love Affair with Itaian, the World's Most Enchanting Language.